So what does an Emperor do for leisure? In Imperial China, the emperor is a God-like figure that the commoner would not have the opportunity to meet unless granted an audience. The Ming and Qing emperors pretty much spent most of their lives behind the walls of the Forbidden City – people are forbidden to go in, he is forbidden to go out.

So for leisure, they can do one of three “W”s : 1/ Watch an opera – there is the main “opera house” called the Pavilion of Cheerful Melodies 畅音阁, and many others built around the palaces of his mother, wives and favoured concubines; 2/ Walk in the garden – there’s the main back garden called the Imperial Garden 御花园 for the emperor and his family, and there’s one for built for his mother, the Empress Dowager; 3/ Worship – there are temples and shrines in the palace for big and small festivals and ceremonies, and there’s always an excuse to launch an elaborate worship service. Let’s cover the three “W”s one by one.

Also known as Pavilion of Cheerful Melodies, this pavilion inside the Palace of Tranquility and Longevity includes a 21-meter high 3-storey wooden opera house that is the Forbidden City’s largest performance stage.

Built in 1776, it includes many interesting features, such as trap doors that allowed actors to make dramatic entrances to the stage. In recent years, performances have been held here for important international guests. 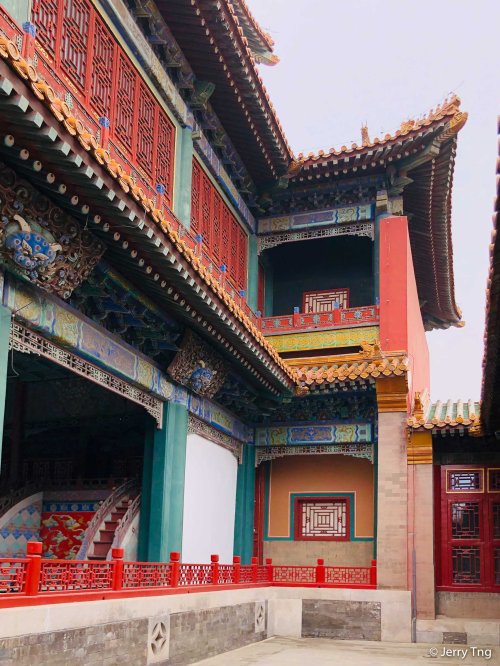 Construction finished in 1776, the forty-first year of the Qianlong reign (1736-1795), the Hall for Viewing Opera (閱是楼) is located north of the Pavilion of Pleasant Sounds, in the central section of the Palace of Tranquil Longevity (宁寿宫) compound. In Qing dynasty (1644-1911), it was the place where traditional Chinese operas were performed.

On special occasions such as the Spring Festival or the emperor’s birthday, emperor, empress, imperial princes and court ministers would gather here in the two-storey hall to enjoy opera performances. Court ministers would sit in the winding corridors on the two flanks. Among Qing dynasty emperors and empresses, the Qianlong Emperor and Empress Dowager Cixi had a special indulgence in operas.

Exiting and going further north, travellers will find the Imperial Garden (御花园). The garden offers an aesthetic change — from the crimson and gray building complex to a colorful and luxuriant atmosphere. 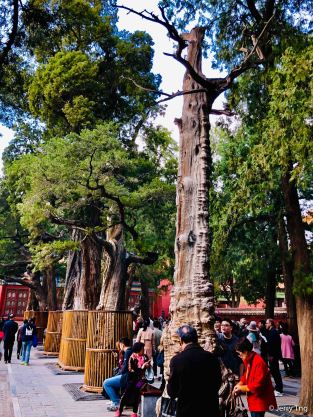 The gate is located inside the Imperial Garden as the south gate of the Hall of Imperial Peace (钦安殿). During the Ming dynasty (1368-1644), the Jiajing Emperor (1522-1566) added walls to form a courtyard of the hall, and named the door of the courtyard “Gate of Heaven’s Primacy”. “Heaven’s primacy” indicates the northern stars and is associated with water. This gate is built up with clay bricks that is rarely seen in the Forbidden City, for they are refractory and agree with the green and quiet surroundings. 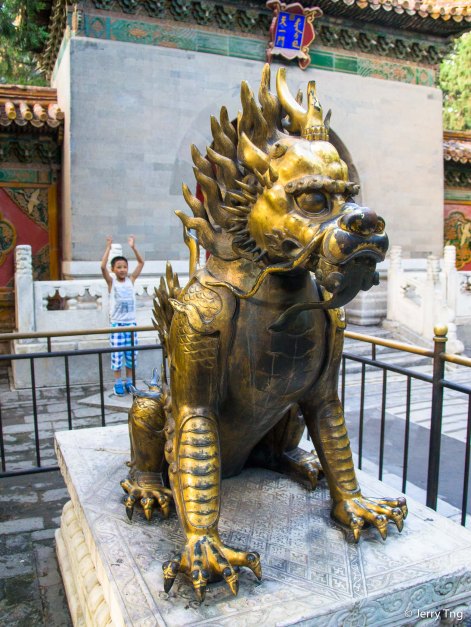 Pavilion of One Thousand Autumns 千秋亭

Constructed in the Ming dynasty (1368-1644), this pavilion is essentially square with a round roof and verandas on four sides. It has carved overhanging eaves and multiple angles with the same cross shape and structure as Pavilion of Ten-thousand Springs (万春亭) on the garden’s east side. Buddhist statues were enshrined here, as well as the spirit tablet of the Tongzhi Emperor (r. 1862-1874). This pavilion is located on the west, the direction that in Chinese philosophy correlates with autumn. 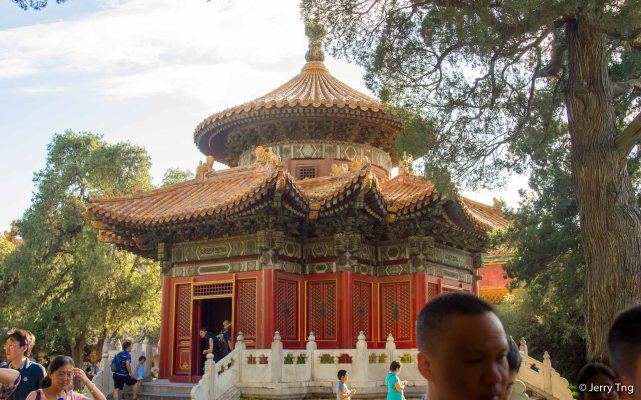 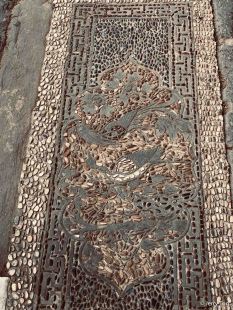 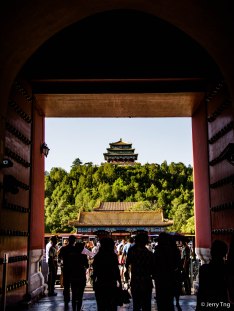 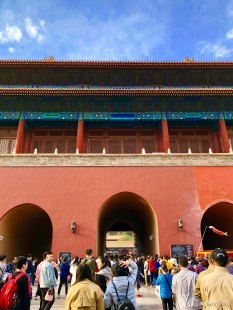 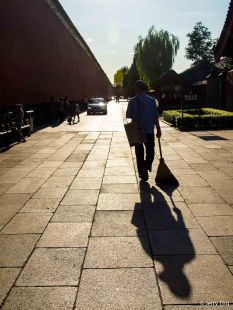 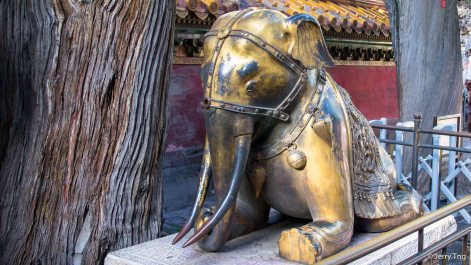 On the gate to the far Northern end exit of the Forbidden City is the plaque that was written by the first Director of the Palace Museum. Legend has it that the army of the warlord was coming to take over the palace from the disposed emperor. In order to prevent looting, he wrote the five big characters and hung it on the gate to represent that the Nationalist Government has assumed authority of the premise. The plaque and name have been used since.

The hall is located in the northern part of the Garden of Compassion and Tranquility (慈宁宫花园); the main hall has a hip-and-gable roof in yellow glazed tiles and the enclosed porch has a round-ridge hip-and-gable roof, of which the six wing corners are embellished with a bronze bell each. Here was originally a place to enshrine the statues of Buddha and to store the Buddhist scriptures. 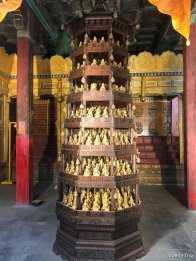 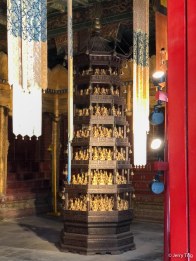 Pavilion of the Benevolent Sanctuary (慈荫楼)