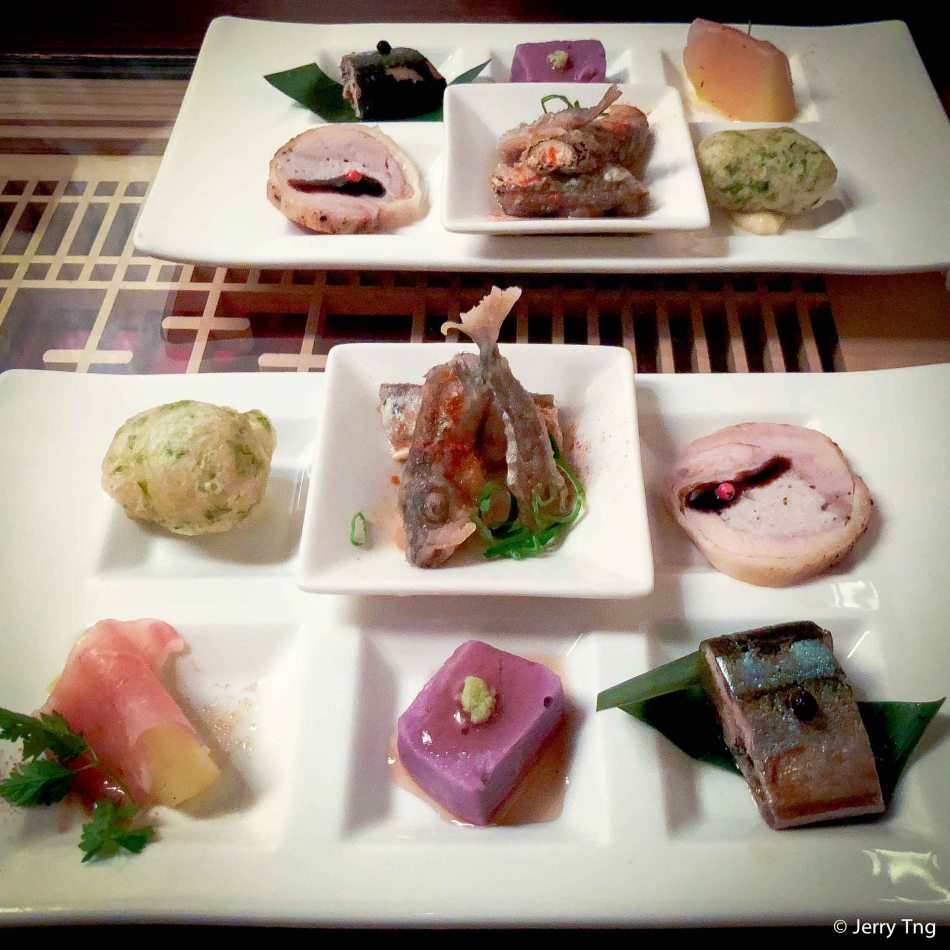 A casual observation – there are many B1 eateries around office buildings in Tokyo that offer an open bar referred to as 飲み放題 Nomihōdai. Salarymen (and women) like to go to one after work and drink their pressure away. And this is activity is accompanied by a casual dinner – the courses are designed to make you drink more.

Uomittsu specialised in fish cuisine located very near my office, which is pretty obvious from the Kanji that is used for its name 鱻 – three fish to represent freshness. 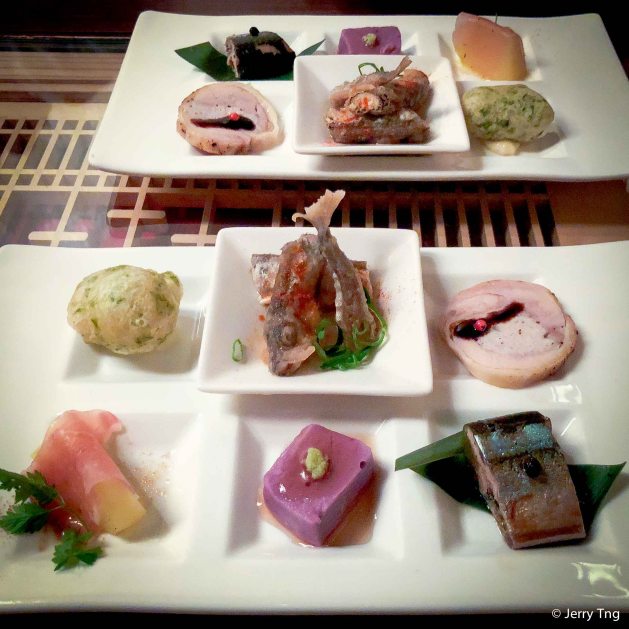 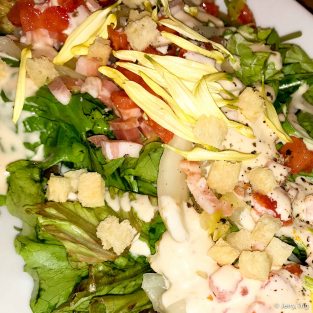 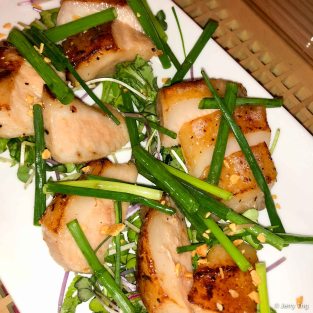 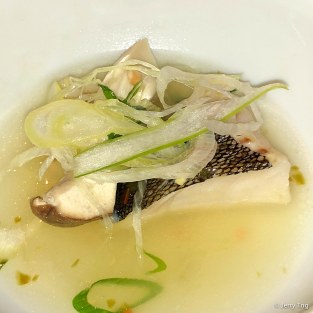 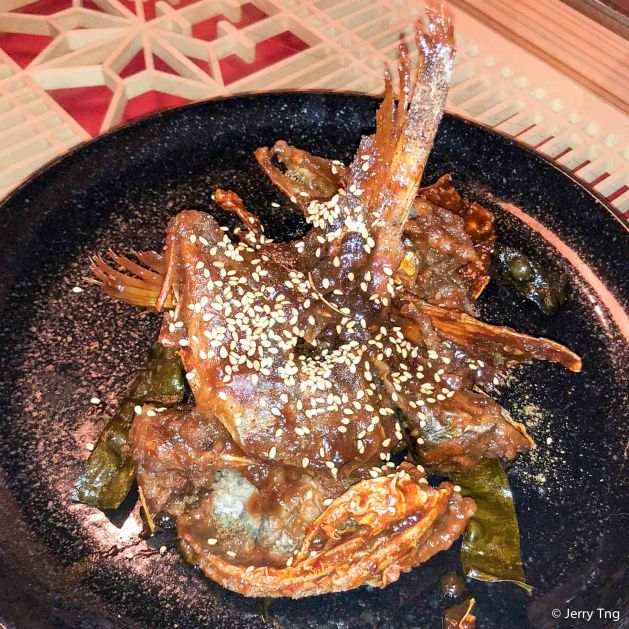 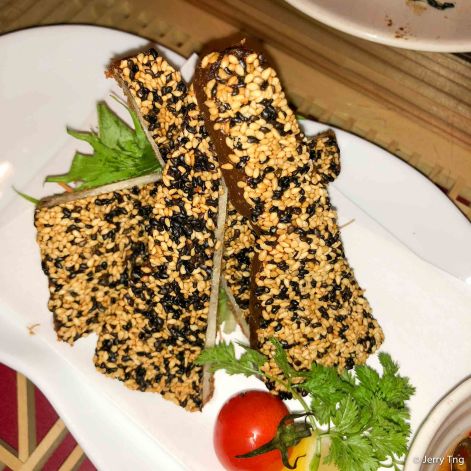 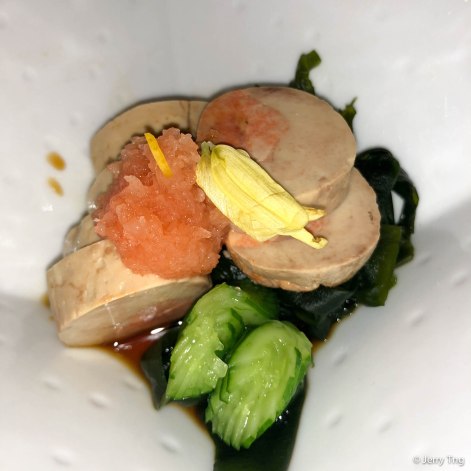 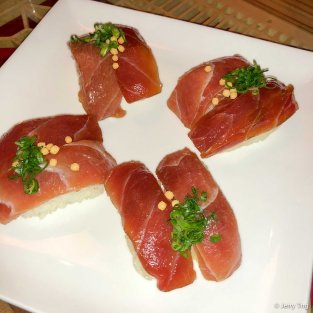 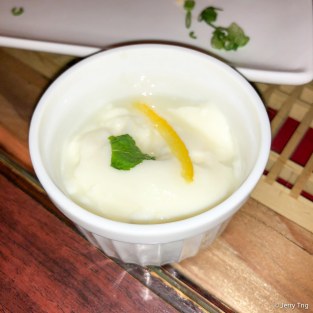 While the food was not the highlight, I would say the grilled fat was the highlight for the evening for me. The drinks came very quickly for the 2-hour open bar, a plus point.

As the evening wore on, the drinks were coming furiously. To help induce thirst, you would picked some really heavily salted stuff like shirokara and tuna nuta. To prepare shiokara, you take a squid, slice up the raw meat into small chunks, and then mix it with a paste made from the squid’s fermented viscera – or, guts. That’s the dish: raw squid mixed with fermented guts. Not for the faint hearted, shirokara is a drinking food favoured by the Japanese, I liked it too.

The name nuta comes from the word “numata” (沼田) which means marshy rice field. The texture of the sauce resembles numata, so they shortened it to name the dressing “nuta”. In olden days, they called all the sauces with similar texture “nuta” but now it refers to the miso and vinegar based sauce. You might hear people calling this sauce “sumiso” ( 酢味噌) instead, which literally means vinegar miso. Here, they mixed chunks of tuna left from the cuts of sashimi and mixed it with nuta. Very flavourful and great with drinks. Here’s a sample recipe to make tuna nuta.

The environment was squeezy and smoky (if your companions smoked a lot, the ventilation did not help to disperse the smoke). My coat smelled like a pub after closing hour.

I would not recommend to go there for the food or atmosphere.