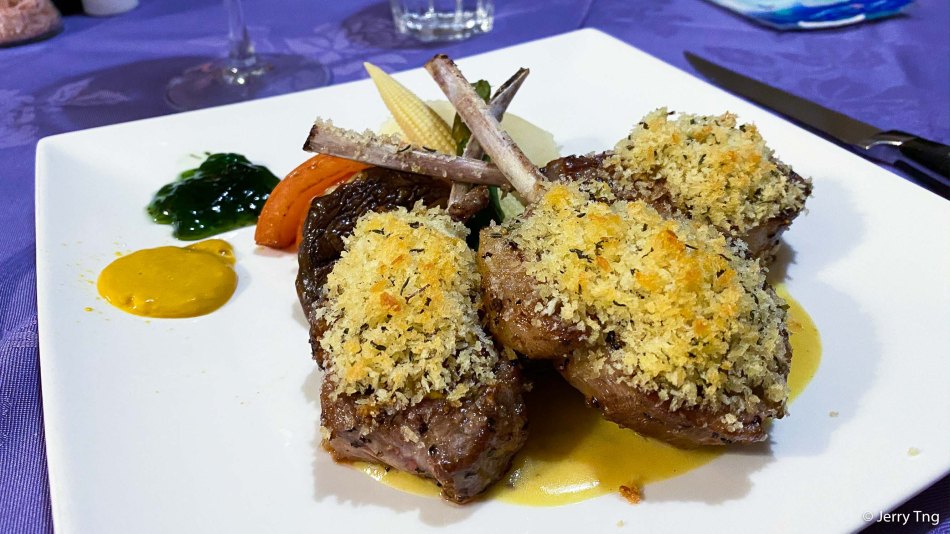 This is my favourite restaurant in the world. Down to earth, solid French techniques, great eats. It was so shocking that they decided to call it a day once the lease is up.

Legend Concept is a French private dining run by the husband and wife team. Andy is the chef de cuisine and Piann runs the front.

The cuisine is French. Andy has many years of experience working in the French kitchens of many 5-stars hotels. Piann was the banquet manager. The couple decided to strike out on their own so that they can have more time for each other and the family, and to take life easy from the hectic schedule of a busy hotel. Hence, Legend Concept was born.

Because this was a gathering of close friends who have known the couple since their days in Causeway Bay, Andy and Piann went all out to make sure we have enough Iberico ham while we chatted over a nice bottle of Grange I brought. There’s no oysters tonight because of the Covid-19 fear, making raw seafood a no-no.

This is Chinese technique in a French presentation. Baby abalone braised in a beautiful oyster sauce, the abalone has absorbed all the flavours of the braise.

Cream of forest mushrooms with truffle

This time the cream of mushroom was lustrous and creamy, with a generous sprinkle of black truffle pesto.

White truffle oil brought out the flavour of the lobster bisque. This could be a dish on its own, but the ravioli topped with shaven parmesan stole the show.

A generous helping of minced lobster made this ravioli like a decadent wanton.

Australian lamb provencale was executed to perfection. The lamb chop was done medium, yet the lamb remained tender and moist. The accompany Bernaise sauce was made a la minute. I did not acquire the taste for mint sauce, but I asked for Dijon mustard that went very well with the lamb as well.

This has always been my favourite dish that Andy has prepared for me over the years. It was one dinner many years ago, way before my surgery and when I was 120kg. I was still hungry at the end of the meal, and Andy was like, ” I only have 公仔面 (instant noodle) woh.” Well, we said yes, and he prepared the best instant noodles I have tasted. The noodles were al dente and then iced into a creamy truffle sauce. Such a simple ingredient given the special treatment of truffle pesto. It was only for friends.

I was informed that they would not be renewing their lease, so this would be the last 6 months that they will be operating Legend Concept.

They have disappointed by the macro-environment in Hong Kong, seeing their clientele torn apart by the social upheaval. They have seen many friends for many years turned against each other because of opposing political view. I am disappointed because I would have one less place for my gatherings.

0 comments on “Last of the Legend”