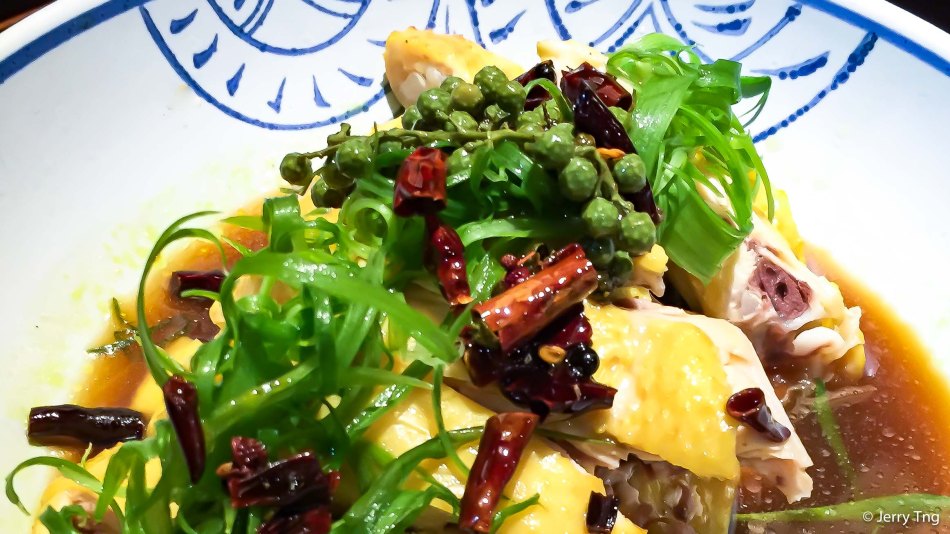 Yunnan Yao is a chain restaurant that specialises in Yunnan cuisine. I have visited their branch in Shanghai much later, but this one was the first I visited in Guangzhou.
Yunnan cuisine, alternatively known as Dian 滇 cuisine, is an amalgam of the cuisines of the Han Chinese and other ethnic minority groups in Yunnan Province in southwestern China. As the province with the largest number of ethnic minority groups, Yunnan cuisine is vastly varied, and it is difficult to make generalisations.

The climate of Yunnan is humid and cool, and different varieties of wild mushrooms are found in its terrior. Therefore mushrooms are featured prominently in its cuisine. Flowers, ferns, algae and insects may also be eaten. The cuisine of Yunnan is often compared to the cuisine of Southeast Asia as the province borders the region and many of the ethnic minorities or related cultural groups also have a presence in Southeast Asia.

野生菌湯 Wild mushroom soup features all the popular variety of edible fungus in Yunnan. Because every one has a distinct flavour profile, the soup

石屏豆腐 Shiping Tofu is a special of Shiping County in Yunnan which has produced this kind of tofu for centuries (since Ming dynasty). The first recorded mention of the city was the year 752 and the tofu was invented around 1590-1596, around the reign of Emperor Wanli of Ming Dynasty.

The county has naturally found water that has the same coagulation agent used in tofu, hence the tofu produced were really soft and mellow. It was made famous by the popular TV series 舌尖上的中國 “Flavours of China” .

Here it is simply pan fried and served with a dipping sauce and dried paprika and chilli. 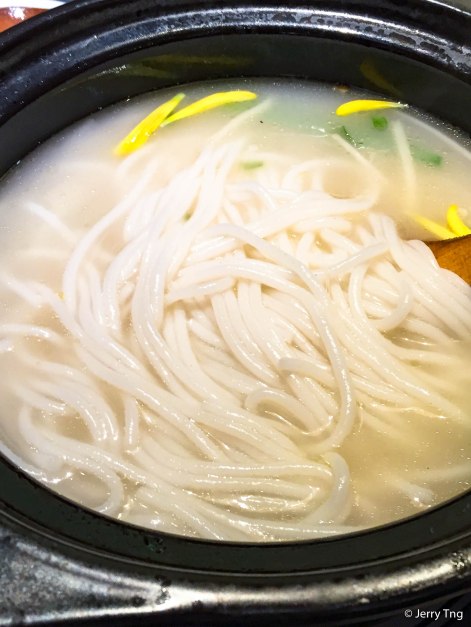 雲南過橋米線 Yunnan “over the bridge” vermicelli has over 100-year history and it was listed as an intangible cultural heritage of Kunming city in 2008 to promote Yunnan food culture. The dish is served with a large bowl of boiling hot broth and the soup ingredients. The soup is made by chicken, pork bone and seasoning, such as Chinese star anise and ginger. Also, using a layer of chicken fat to insulate the soup and therefore keep it warm for longer. These ingredients are separated. The soup ingredients are served on a cutting board or plate and include raw vegetables and lightly cooked meats. Common ingredients include thin slices of turkey, chunks of chicken, chicken skin, strips of bean curd sheets, chives, sprouts and rice noodles. Once added into the broth, it cooks quickly with a layer of melted chicken fat and oil glistening on top. The soup takes a few minutes to cook, and it is then spooned out into small bowls.

This is Yunnan’s answer to Sichuan “saliva chicken” 口水雞. The chicken is first steamed and left to chill. Then a hot sauce is made from peppercorn, dried chilli and soy sauce. This boiling liquid is then drenched over scallions. So it is a “warm” dish, not exactly cold chicken. Yet it is really tasty with the right amount of spiciness and numbess.

Dali 大理 is one of the major cities in Yunnan and also one of the oldest cities in China being in the East and West corridor of the old Silk Road. And one of the famous dish from this ancient city is the 永平洋芋燜雞 Yongping style potato with chicken stew, which is like the western counterpart of stew chicken casserole. The hearty and rustic dish is simply adding spices (dried chilli, anise, cloves, bay leaves) and aromatics (ginger, garlic)  with chicken stewed in a cast iron pot using soy sauce, sesame oil and cooking wine with mushrooms and potato as starch and thickening agent. This is really good with rice and very filling.

Service in this restaurant is average, and food so-so (I still do not find Yunnan cuisine memorable). Good when the rest of the restaurants are full and you need a quick meal. Just order the vermicelli.