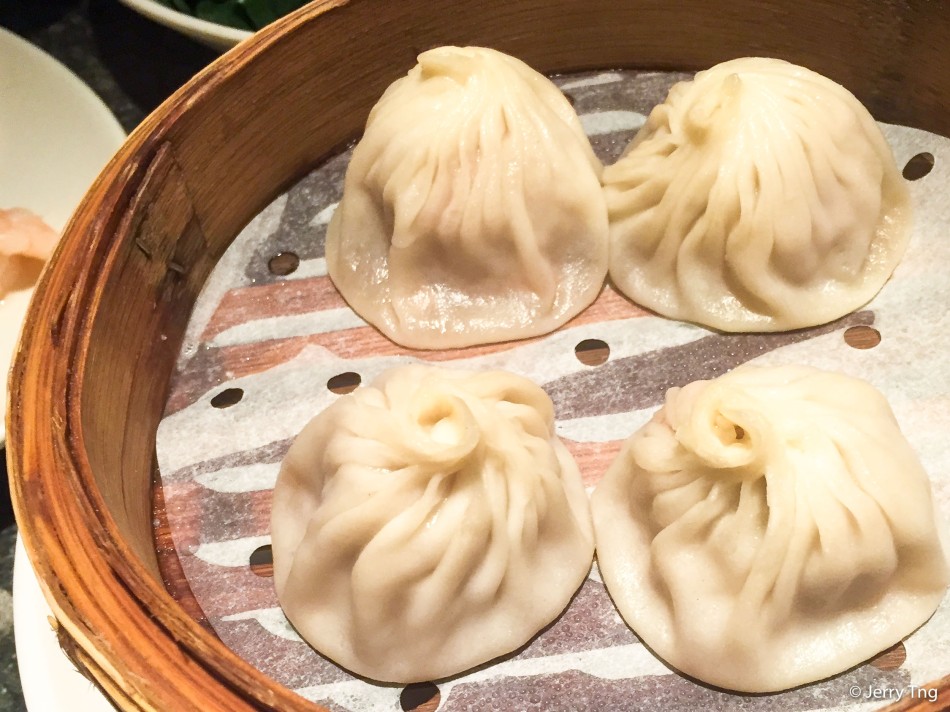 Local brand Crystal Jade did us proud by getting a Michelin Bib Gourmand mention in Shanghai! And they got it through Xiao Long Bao. Wow! So I got to try it when I was in HK.

Single portion of the classic soup, the version at Din Tai Fung was miles better.

But the fight is between the steamed pork dumplings called Xiao Long Bao. While they were not as pretty as the ones from Din Tai Fung, but they were more flavourful, soupier and hotter. I like this version, if only they are prettier.

Even before I could take a proper picture, the shrimps were flying off the plate. The taste is in the pudding as they say.

Surprising, the pan-fried bun was my favourite part of the lunch. Soft and juicy bun with a crispy and fragrant base. As you bite into one, the scalding pork juice will burst forth, so be careful.

And then there were the potstickers. Similar filling as the pork dumplings, but they were skilfully pan-fried on the skillets.

Some of the food were outstanding, especially the dim sums and dumplings. They were given the Bib Gourmand mention in Shanghai for their dumplings and you can see why. Their other cooked dishes needed work. Hopefully the price will stay the same.