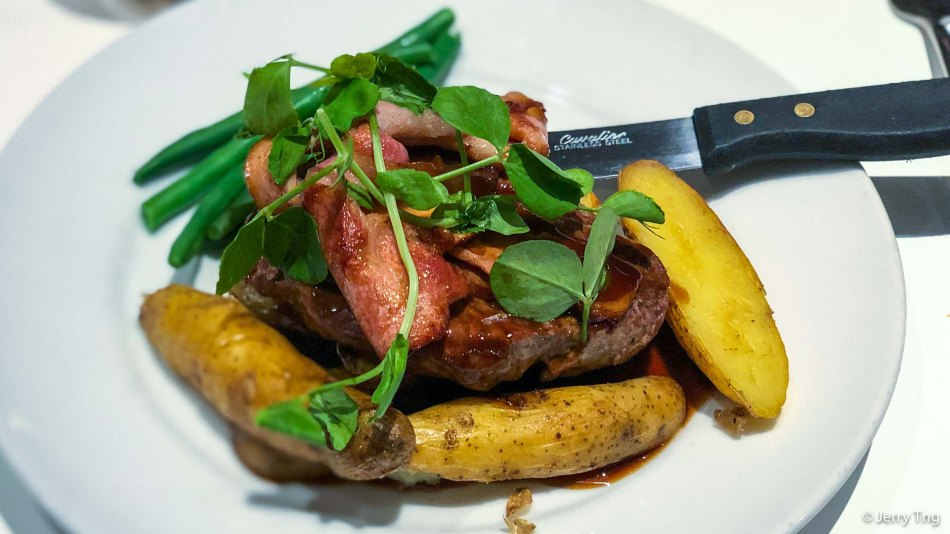 You often have to pay a premium for a dinner overlooking the Sydney Harbour. Not when you dine in a RSL club restaurant.

What is a RSL Club

The Returned and Services League, Australia (RSL) is a support organisation for men and women who have served or are serving in the Defence Force.

Licensed clubs were formed as commercial activities to initially provide services by sub-branches to its members, including providing an environment for the protection and promotion of the ideals of the ANZAC spirit and heritage. The venues were established to provide hospitality for war veterans and a place for war veterans to build on their comradeship.

The venues were often located on land granted by the State government. Over time these commercial entities, known generally as RSL Clubs (but also called Ex-Services, Memorial, Legion or other similar names)[25] generated profits and also often made regular donations to local community services.

The Watergrill Restaurant in the Kirribilli Ex-Service Club is operated by the Dedes Group, which operates another Watergrill restaurant in Abbotsford.

We had a company dinner here and we were quite surprised by the view and the reasonably priced set dinners (and even cheaper drinks).

A very generous plate of mezzo, great to nibble and drink to.

Due to the size of the group, the steak was served medium. Would really want some more of the red wine jus as it was a rather dry piece of meat.

OK, the ice cream was from the supermarket type and was quite sweet, and the coulis was so-so, but the warm and crispy waffle was the highlight.

Overall the dinner was fairly priced, not that outstanding, but hey, think of it like the NCO club of old in Singapore and you know what you would get.