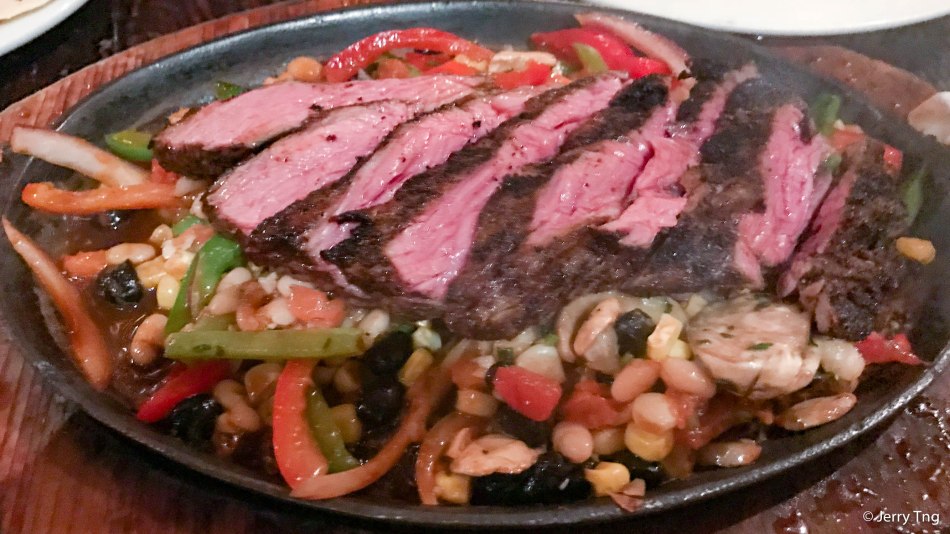 The food in Chimayo captures the best characteristics of the cuisine of the Southwest and rolls them seamlessly together with the more refined and elegant style of French-American gastronomy. The place gets very packed during Sundance.

This is US of A, and the American portions is applicable to the appetisers as well. By the time we finished our appetisers, I was almost full.

We ordered the ceviche with had two types of chips. The ceviche had shrimp, mahi mahi, cucumber and more. It was refreshing and slightly spicy, and served with crackers and tortilla chips.

Instead of sugarcane, they skewered the elk to rosemary, which gave it a herby aroma. The meat was very lean and needed the glaze and chipotle creme that accompanied the elk to lift up the flavours.

The guacamole was good, if a little disjointed. It was served in a bowl with separate scoops of guac and crab, and a dollop of chipotle sauce also separate in the bowl. It would have been easier to eat had the chipotle been worked into the guacamole, and then topped with the crab.

The soup was a cream based roasted corn soup, and was delicious. It was interesting because they garnish the soup with homemade potato chips. When you start eating, the chips are a crunchy contrast. But as they sit, they become more “potato like”, and the soup felt more like a chowder.

Be warned – American entrees are huge no matter where you are, even when you are up in the touristy mountains. You are given a constant supply of tortilla that you wrapped the entrees with and eat it like a huge popiah.

The green pipián trout fajita is also a large entree, with a ton of good grilled veggies along with a huge filet of trout topped with pepitas. The pepper was cooked nicely, with cherry tomatoes and garlic, but there was a lot of it.

Tender marinated carne asada steak, grilled until charred on the outside, and tossed with grilled peppers and onions for the most delicious steak fajitas.

Festive lighting, wrought iron detail, Southwestern throw pillows in each booth and an authentic Mexican tile floor create this fabulous illusion. Unfortunately I am still not a fan of Mexican, even though this would be my first exposure to Mexican other than burritos, enchiladas and tacos. I am sure if I can get over the amount of beans used and the mix of spices, I would say this restaurant is a really good eat.