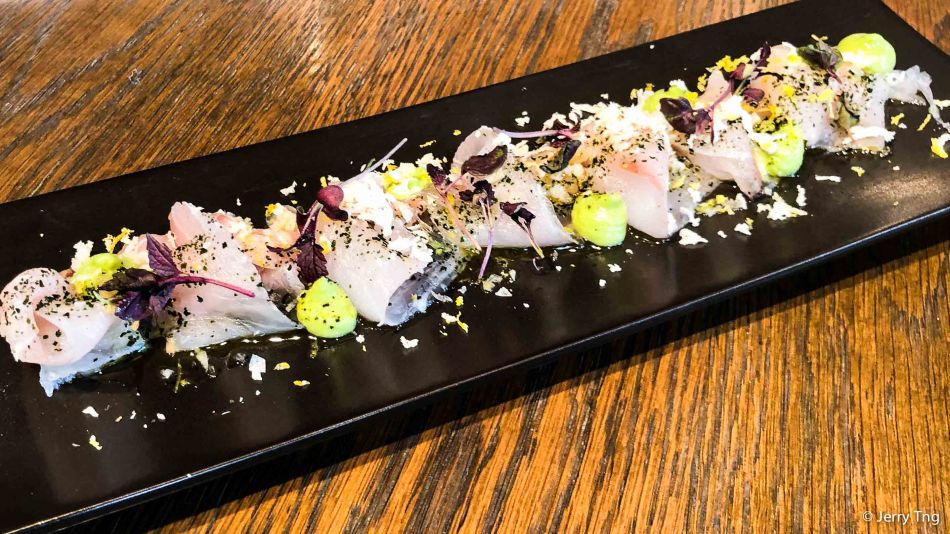 The famous (or should we say infamous?) Gordon Ramsay opened Bread Street Kitchen to much fanfare in the middle of 2015. It is his first outpost in Singapore that offers diners traditional British fare skewed to Singaporean tastes.

An offshoot of the £5 million London original, Bread Street Kitchen is Gordon Ramsay‘s first foray into Singapore. The famous Scottish-born chef and TV personality gained three Michelin stars in 2001 for his first solo venture, 24-year-old Restaurant Gordon Ramsay (***) in London, which it has kept ever since. He now has several restaurants under his name spanning from Qatar to the US and Hong Kong, and they have once held a total of 16 Michelin stars (though the current count in 2019 stands at seven).

Madeira is a fortified wine made on the Portuguese Madeira Islands, off the coast of Africa. Madeira is produced in a variety of styles ranging from dry wines which can be consumed on their own as an aperitif to sweet wines usually consumed with dessert.

The parfait has a very strong liqueur flavour, so for those who are not used to alcohol may find this a bit off-putting.

Sea bass fillet carpaccio is like a ceviche, with a simple salt, ginger, EVOL and horseradish dressing.

It is difficult to make a good pork chop. The meat tends to dry out and becomes chewy. Ramsay’s Dingley Dell pork chop was done perfectly.  Dingley Dell is a Suffolk based pig farmer that supplies to many top restaurants, including Jason Atherton, Hakkasan, Raffles Hotel, and of course, Gordon Ramsay.

Fork tender and well braised, the red wine braised beef cheek was a steal for their lunch special set.

The evenly cooked beef Wellington with its buttery, golden cage of pastry has been featured in many of Ramsay’s cooking shows. The beef filet came out perfectly pick every time , an amazing feat given the number of portions they have to cook.

Those in need of a sugar rush should take advantage of executive chef Sabrina Stillhart’s  dessert menu. A trio of desserts were ordered by the guests.

The two-storey restaurant and bar, designed by renowned firm Wilson Associates, the same folks that did ADRIFT, exudes a cool vibe that resonates with the brand’s East London industrial roots. Its look incorporates classic black and white chequered flooring, mustard-yellow tufted leather banquette seats and eye-catching columns – which the designers included to define the space.

Service is prompt and professional, more bistro than fine dining. But the good food compensated for the laid-back atmosphere.