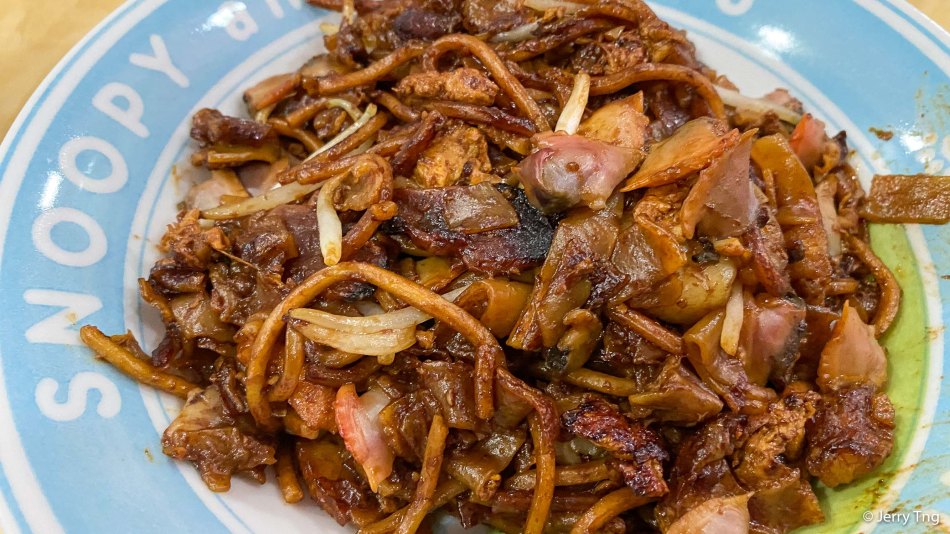 STB called char kway teow a Teochew inspired dish. Penang folks will jumped in anger, Hokkien friends will raise in protest. Nevertheless, it is a National Dish of Singapore that would warm the cockles of any Singaporean heart.

Don’t flame me, this is my version – recorded for my princess to follow.

No CKT can do without “hum” – wrongly called cockles because technically they are clams. After washing, pry open cockles shell with a small sharp knife and remove the cockles, the juice is the “blood” of the cockles. Add some water if it’s not enough to make up the quantity.

Remember, cockles are highly perishable and with the heat and humidity of our city, high vulnerable to bacteria grow. So I suggest not to keep them out in the open for too long. Put some ice and salt (to lower the temperature) while you are harvesting the cockles.

For those who can’t be bothered, here’s some exemplary examples of CKT in Singapore.