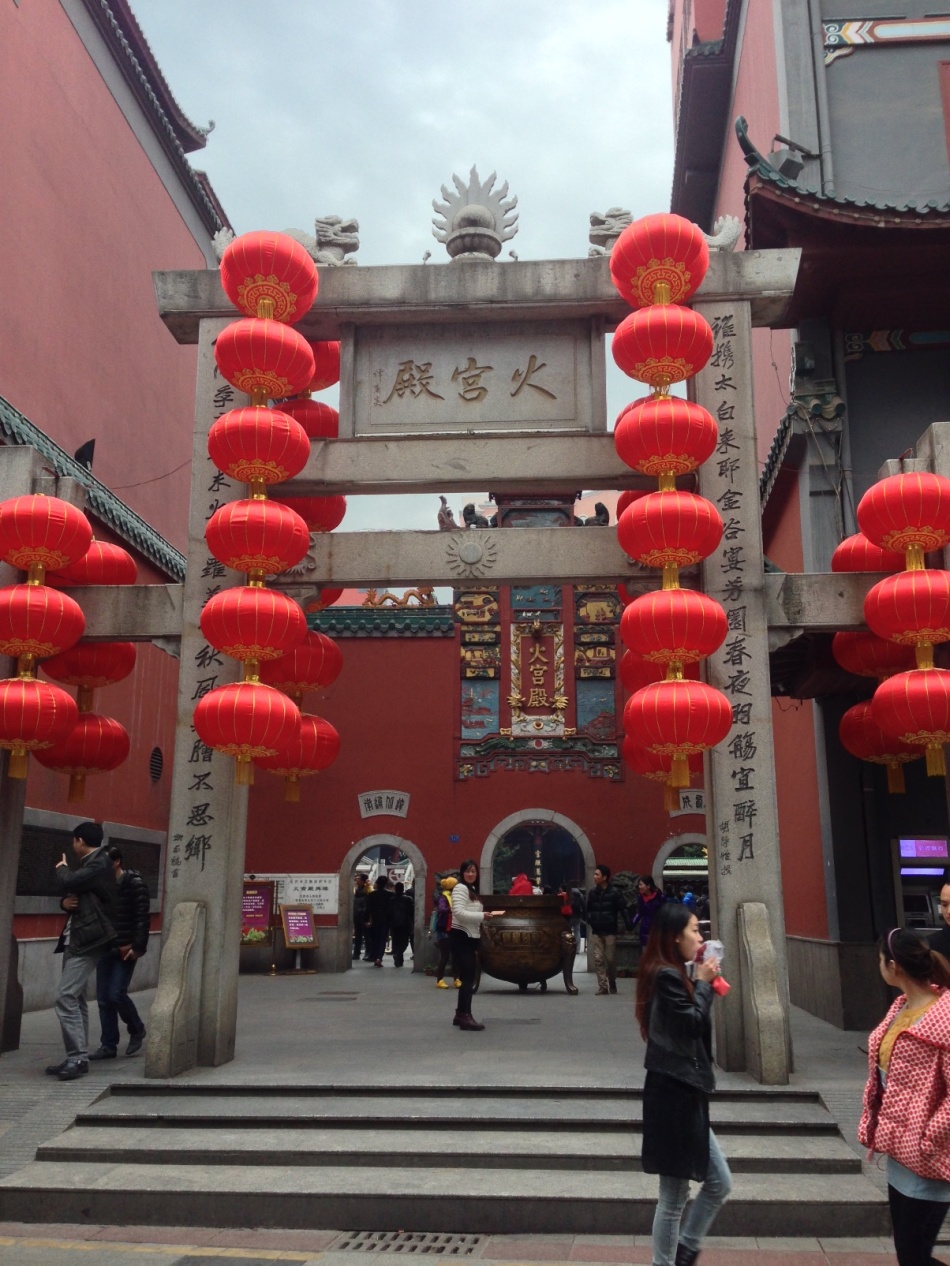 Located in Changsha, Hunan Province, is an ancient temple called the Fire Temple 火宫殿. Fire Temple was founded in 1577 during the Ming dynasty, but it was not famous because of the Fire God that was worshipped here. It was famous for the stinky tofu that Chairman Mao once loved so much that he lamented to his comrades, “How I longed for the Fire Temple Stinky Tofu!”

What you are seeing here was taken in 2014, during one of the few times I took time off and walked about. It was renovated many times, and after each renovation, the place was more and more commercialised. Less religious, more capitalism.

Walking through the entrance (which was hidden from the main street) you will be greeted by the “temple” square. It was more of a performance stage with a temple in it, surrounded by many souvenir shops. My main focus was the HuoGongDian restaurant on one of the wings of the complex.

It was a bustling scene in the restaurant. First, you fought to get a table (or a seat, since I was alone). Then, you ordered from one of the pushcarts that shuttled through the hall.

Everyone that came here came for Famous Eight Snacks. I managed to order 4 of the 8 – 肉丝馓子、三角豆干、臭豆腐、龙脂猪血. The other 4 are 荷兰粉、八宝枣饭、姐妹团子、红烧猪蹄. It is difficult to describe what they are to my foreign friends, but you would appreciate the ingenuity of the Chinese in coming up with these food.

First, 肉丝馓子 Shredded Dough. It is made of glutinous rice flour kneaded into a dough with salt and water. It is made into rings like a bracelets (not donuts) and deep fried. Before serving, the fried dough is cooked in a broth which made it chewy and savoury. Complicated, but it captured the essence of a snack in China – the simplest of ingredients made with little skills but yet complex in flavours. This snack originated in the Song Dynasty (around 800 years ago).

Chairman Mao once said about this 臭豆腐 Stinky Tofu, “It smelled bad but tasted good.” And this particular version originated in Qing Dynasty (around 250 years ago). There used to be a tofu shop around here that sold deep fried tofu that had turned bad. When Mao was a student in Changsha, he used to frequent this shop that was passed down generations. In 1958, Mao came back to Changsha after a hiatus of 30 years, the first thing he did was to go this shop to eat their Stinky Tofu. By then, it was passed down to the fifth generation. Now the shop is owned by the Provincial Government. Communist China indeed.

Another tofu dish 三角干子 Triangular Fried Bean Curd. Bean curd was square at first and deep fried. Deep frying caused air pockets to form inside the bean curd. The reason the tofu was cut triangular was for the inside of the tofu to absorb the most of the spicy broth.

And something you no longer get in Singapore – 龙脂猪血 Dragon’s Pig’s Blood Jelly. Again during the Qing Dynasty, there were more than one store that sold this Pig’s Blood Jelly. But some scholar came and ate at this particular store, was amazed by the smooth texture, commented, “The pig’s blood jelly you made was as tasty as dragon’s fat or phoenix liver (which is my literal translation from Chinese 龙脂凤肝, meaning that something has a smooth, tasty texture like foie gras).” And so the owner, Mdm Hu 胡桂英, decided to rename her dish the Dragon’s Pig’s Blood Jelly. I wondered how that made it more appealing, but if you are Chinese like I am, I can already imagine the texture in my mouth. 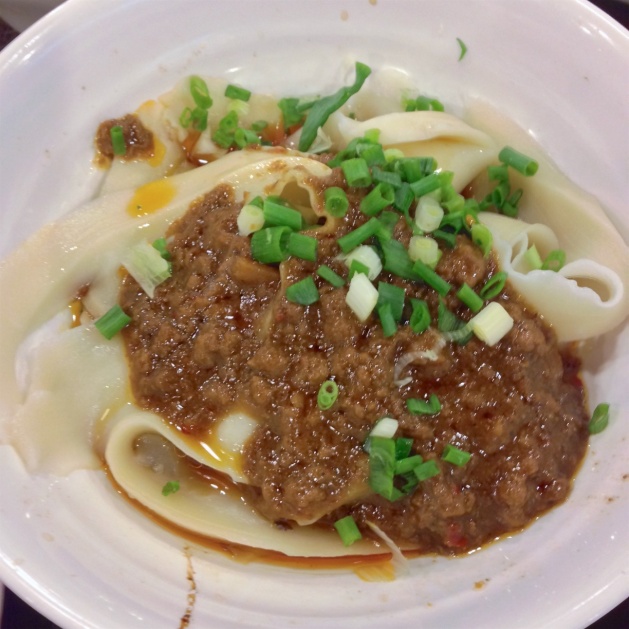 Besides, the Famous Eight, the restaurant also was famous for Hunanese Cuisine.  OK, 刀削面Shaved Dumpling Noodle is not exactly Hunanese (it’s Shanxi), but they made up the rest of the meal.

Not the place to wine and dine your customers, but this would the place for a quick meal and try something really local for a change. It was really authentic Hunanese.

PS: The place went through many renovations since I visited it. It has also opened many branches across the country. So I expect the hygiene to improve but the food quality to go down.