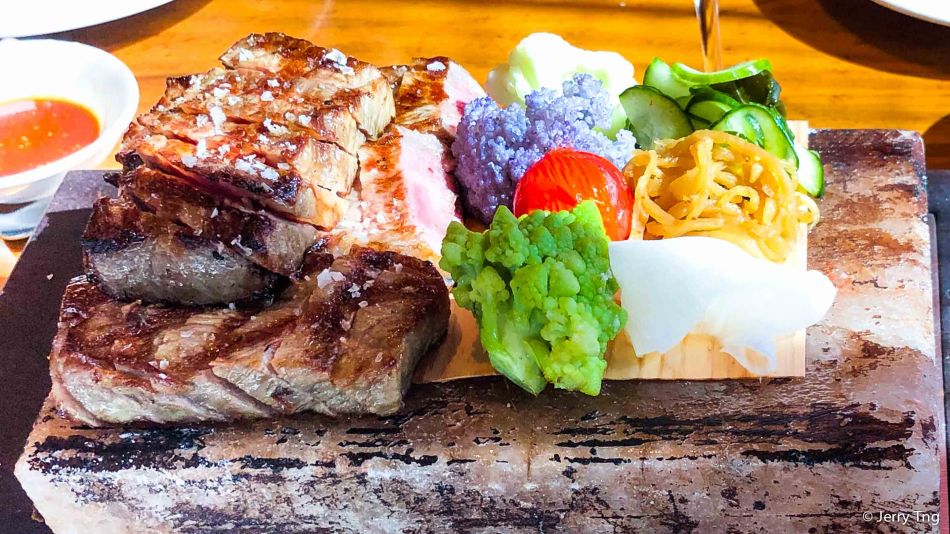 I am surprised I have not blogged about Nobu, an excellent Japanese restaurant which is a collaboration between Chef Nobuyuki Matsuhisa and Robert de Niro.

Nobu was born in Saitama, Japan. When he was seven years old, his father died in a traffic crash, and he and his two older brothers were raised by his mother. After graduating from high school, he worked at the restaurant Matsue Sushi in Shinjuku, Tokyo, for seven years and was invited by a regular customer, who was a Peruvian of Japanese descent, to open a Japanese restaurant in Peru. In 1973 at age 24, he moved to Lima, Peru and opened a restaurant with the same name of Matsue in partnership with his sponsor. Nobu was unable to find many of the ingredients he took for granted in Japan and had to improvise, and it was here that he developed his unique style of cuisine that incorporated Peruvian ingredients into Japanese dishes. 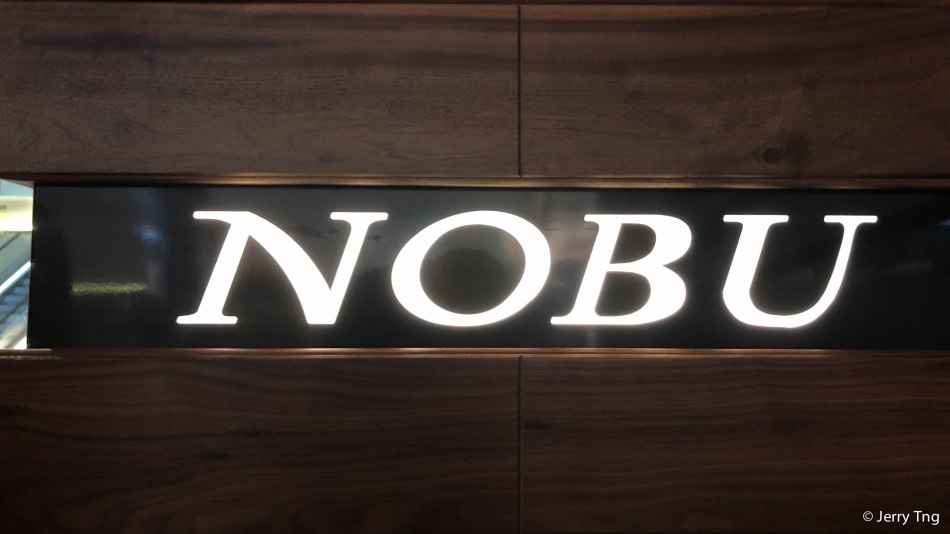 In 1977, he moved to Los Angeles and worked at Japanese restaurants “Mitsuwa” and “Oshou.” In 1987, he opened his own restaurant “Matsuhisa” on La Cienega Boulevard in Beverly Hills, California. The restaurant quickly became a hot spot and was frequented by Hollywood celebrities, including Robert De Niro, who invited Nobu to set up a restaurant in Tribeca, New York City. In August 1993, the two opened up in partnership NOBU. Nobu restaurants were later opened in Milan, London, Qatar, Greece, Dallas, Tokyo, Honolulu, Moscow, Dubai, Mexico City, Budapest, Manila, and Hong Kong.

Omakase is not available for lunch, so I have to pick from the ala carte lunch menu

They don’t ship their fish from Japan Toyosu (which make their price expensive), but rather source the fish from the shores of Australia. The fishes are not extremely outstanding, but they are still very fresh.

For me this was the piece de resistance for the lunch. The Australian wagyu is tender and fatty. Grilled perfectly and served on a salt sone, every piece was an enjoyment on its own.

There are three sauces for the beef – sesame, lime ponzu soy sauce, miso with garlic

This is the dish that catapulted Nobu to galactic stardom. Locally sauced cod fish is grilled with a marinate of red miso. The fish remained flaky tender and the miso just raised the taste to another level.

We were attracted to this dish by the next table. They didn’t touch theirs, but we polished off ours in matter of minutes. The dressing is a beautiful wasabi soy. The caviar provided the brine and crunch, with umami popping in your mouth. The chopped toro tartar was delicately balanced.

This is the greens that we ordered – an assortment of vegetable tempura.

Another classic in Nobu, the popcorn shrimps were coated with a spicy aioli.

An assortment of maki and I ordered a special negitoro-kappo special maki.

The service here is great, but the afternoon sun shone directly into the dining area and made the whole place quite uncomfortable. But the place was packed very quickly so recommendation is a must.