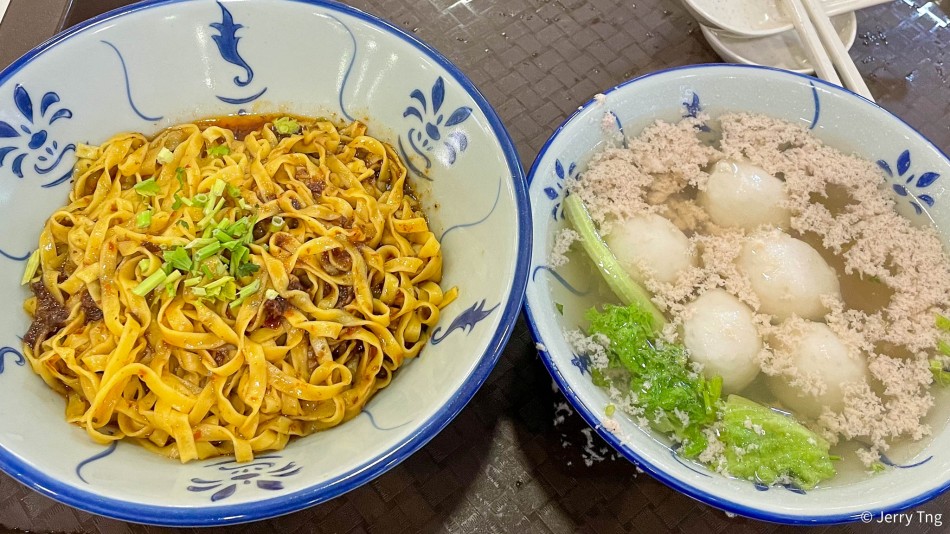 I grew up eating Teochew fish ball noodles. There were two spots that I ate the most from – one in the coffeeshop at the corner of Geylang Lorong 19 that was sold be an elderly gentleman, and my school tuck shop.

And since then I craved for that simple taste of bouncy fish ball with a stock made from anchovies. Ah Ma Eat Noodles 阿嬷吃面 turned out to be very close to that flavour that I was familiar with. Located in Koufu at Woodlands Mart, it was manned by a team of Chinese aunties. I was apprehensive at first, given the reputation of the food preparation mishaps that were notorious with these aunties from China. But I noticed that every step of the way, everything was measured and executed to military precision, so the final product was consistent bowl after bowl.

If I had any complaint, that would be the pork scum floating on the soup. A good fish ball soup should be clear and clean tasting, with nothing but the anchovies tastes. The broth was good but the scum spoiled the pot. The fish ball was bouncy and firm, that was the saving grace.

This was a double portion, it was quite measly. It was tasty and al dente, and the chilli brought back that nostalgic taste from childhood. If only there was slightly more. They have expanded to many locations, so you can get to taste it everywhere.