Another restaurant in the series – Xi He Yayuan  – located at our Shanghai office on the 6th floor of Raffles City Changning.

Xihe Yayuan originated in Beijing and was one of the nouveau Peking Duck places. They offered a modern, playful Peking duck. Instead of cane sugar, they provided popping candy as the sweet condiment for the duck. And they also offered different flavoured wraps for the duck.

Xihe is also opened in Singapore by the Tunglok Group. And because of this collaboration, you can find some of Tunglok signature dishes in their menu as well.

Their Signature Xihe Peking Duck was marinated with blueberry jam but it was not evident. The presentation was very good, but the flavour was not one of the better Peking Duck I have tried. They were not as juicy as the ones in Beijing or as flavourful as the ones from Crystal Jade in Paragon. Quite a letdown that now I would considered not visiting them in  Singapore. However the other dishes were quite good.

Similar to the Vietnam Seafood Roll, the Mango Sauce Seafood Roll was bite-size and came with a tangy mango sauce on it. 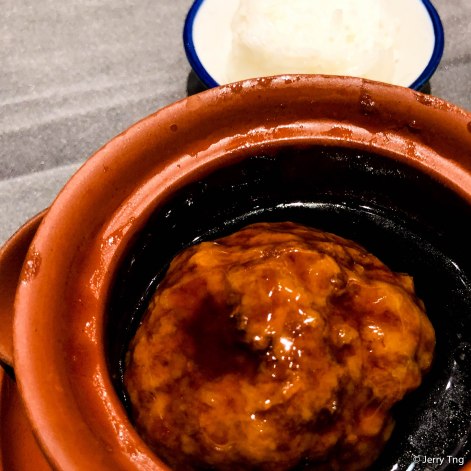 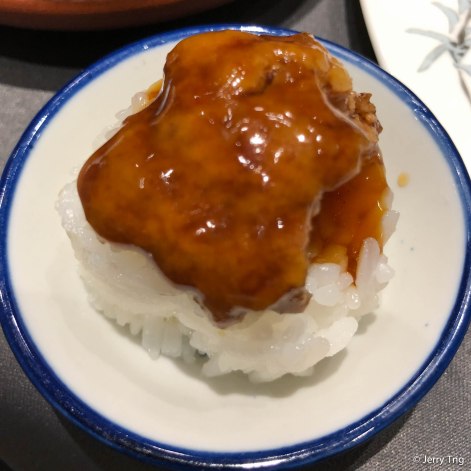 Highly recommended is this Shanghai dish called Mdm Zhang’s Lion’s Head Pork Meat Ball. The sauce is sweet and flavourful and the small portion means that you can finish it on your own. Best with steamed rice.

Another dish to avoid ordering was the brown mushroom.

You can choose different ways of cooking the crab, including the famous Singapore Chilli Crab ala Tunglok style, or the White Pepper Crab. We ordered a lesser known version, which is the Szechuan Peppercorn Crab.

Here’s a Shanghainese classic combined with Cantonese technique. Yellow Croaker in Black Bean Sauce was quite nice,  but I was surprised it was served in less than ideal temperature. Would be better if they put a warmer under the fish.

Never order beef in a China restaurant if you expect a steakhouse experience. The Australian Wagyu Beef Cube was quite poorly executed.

Ordinary, the only way to describe their Spinach in Stock with 3 Types of Eggs.

This S&S Kungpow Prawn is  like Sweet and Sour Prawn Tempura combined with Kungpow Chicken.

Service was good, but the food was a let down for the price they charged.