东关大街 is an ancient street that started from the ancient Grand Canal Pier at one end. Many famous people built their fortune from these trades since 1500 years ago. The earliest gates were built in Tang Dynasty (7th century) 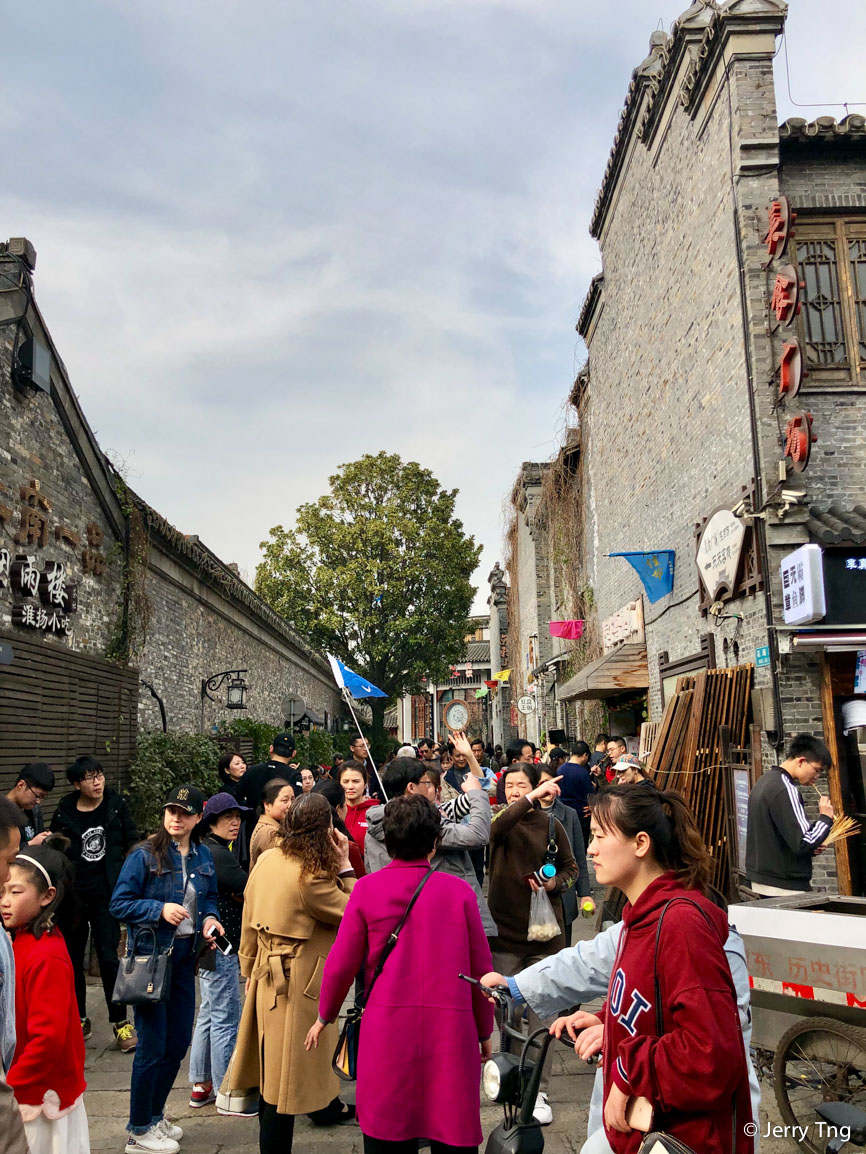 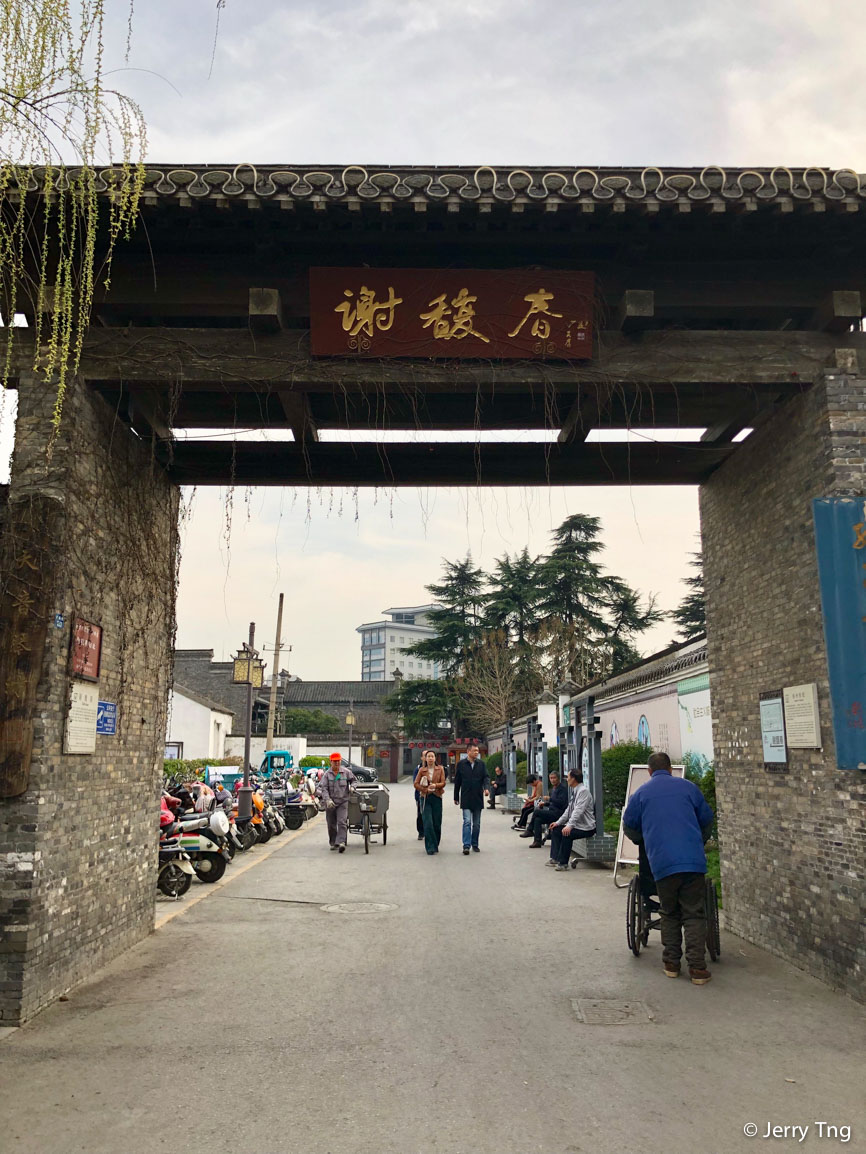 Xie Fu Chun is the oldest cosmetics company in China, founded in 1839. 扬州出美女 美容靠化妆 百年不变的规律 and it all started here. 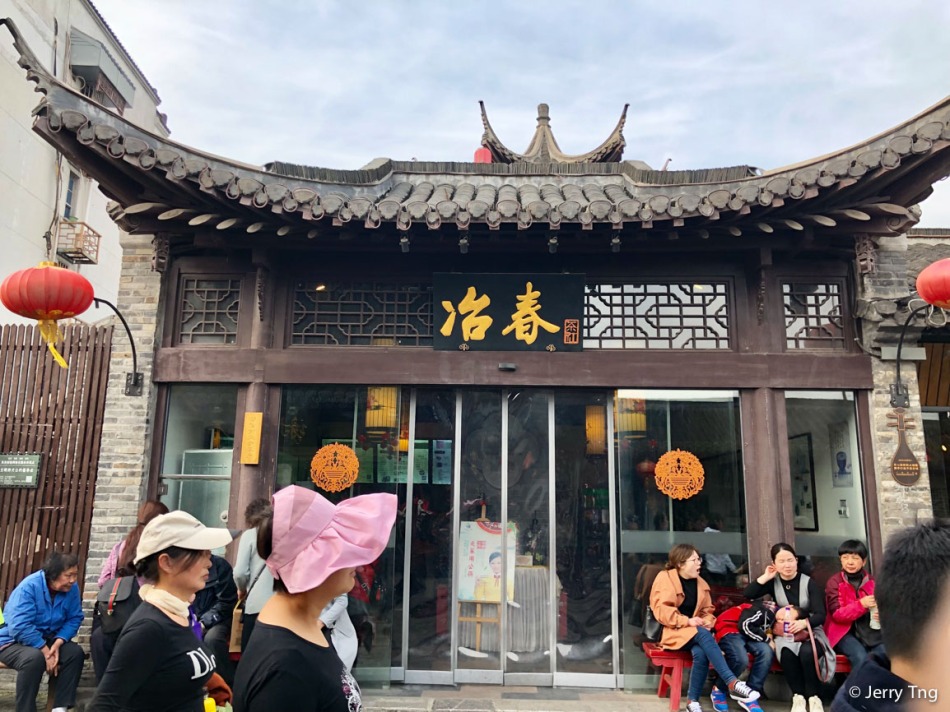 Ye Chun is one of the three Chuns (富春、共和春、冶春) in Yangzhou famous for Huaiyang breakfast. 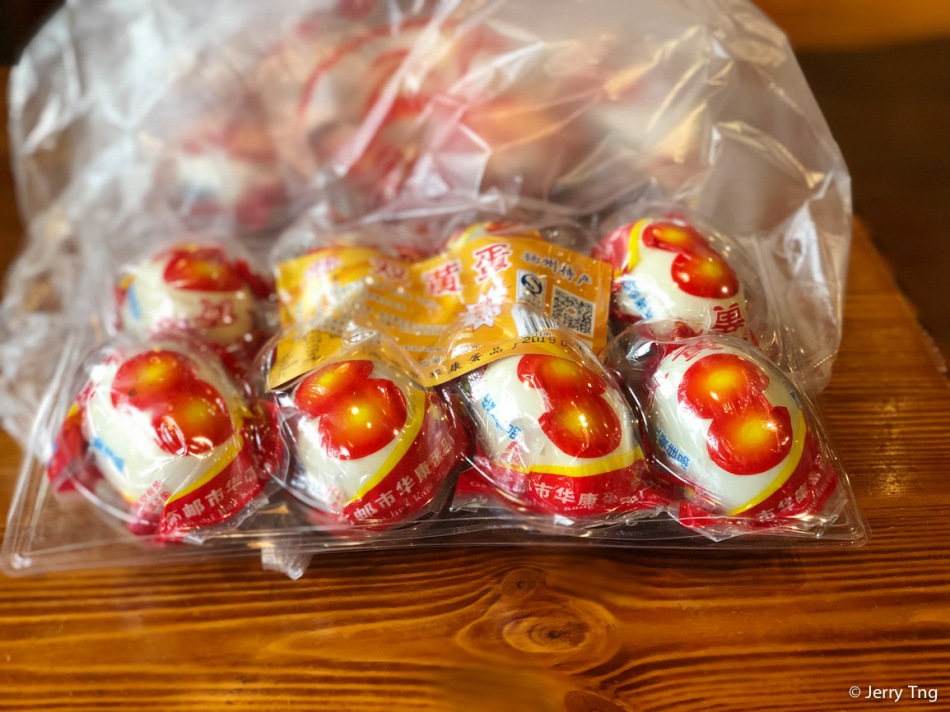 高邮双黄咸鸭蛋 what’s special about GaoYou salted eggs they all are double yolk. 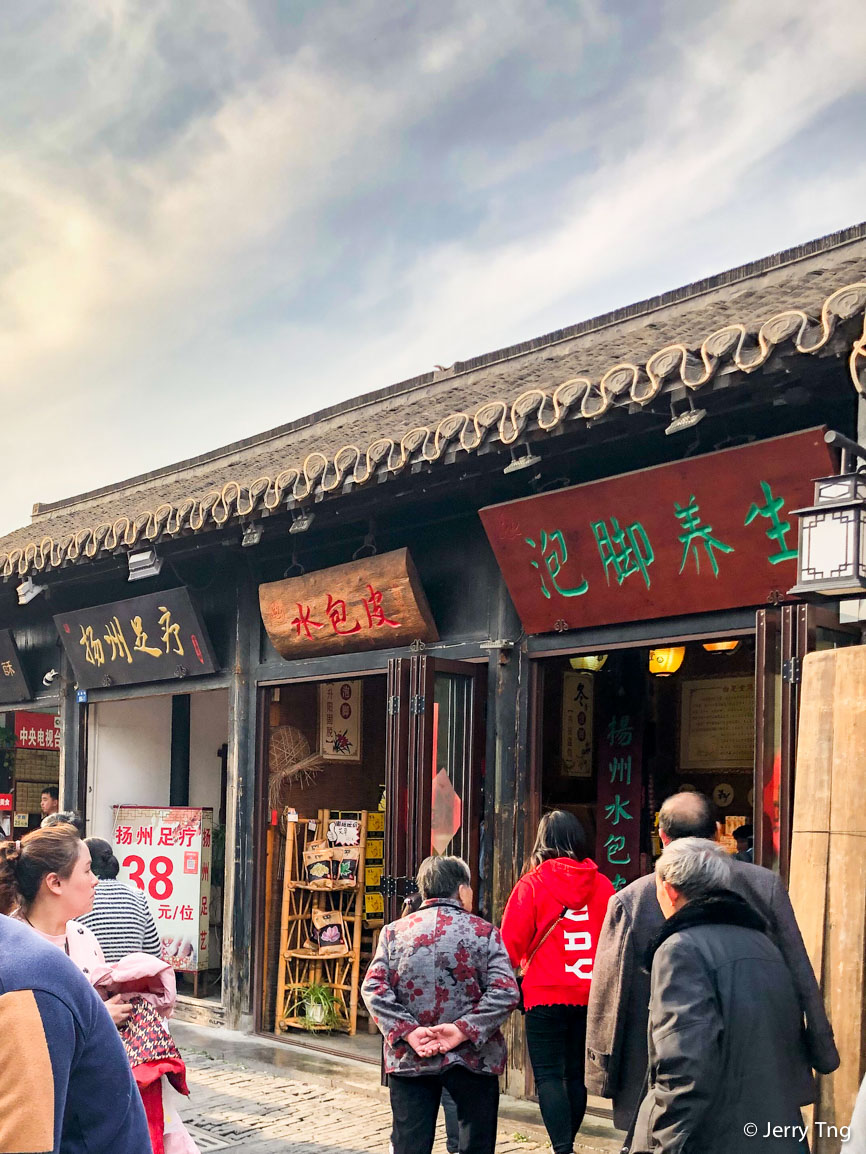 早上皮包水 晚上水包皮 Yangzhou is famous for xiaolongbao in the morning and then bathhouses for the evening. I shall not elaborate. Now there’s a whole stretch of foot massage parlors. 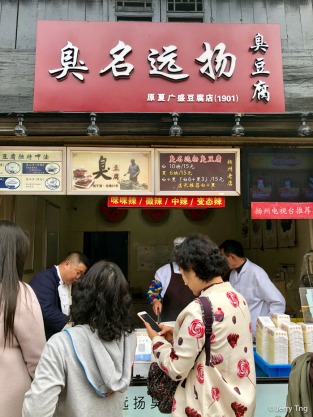 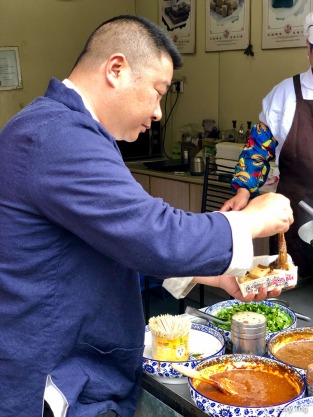 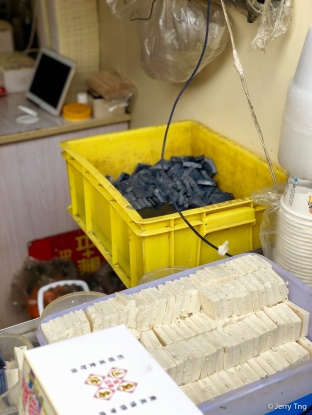 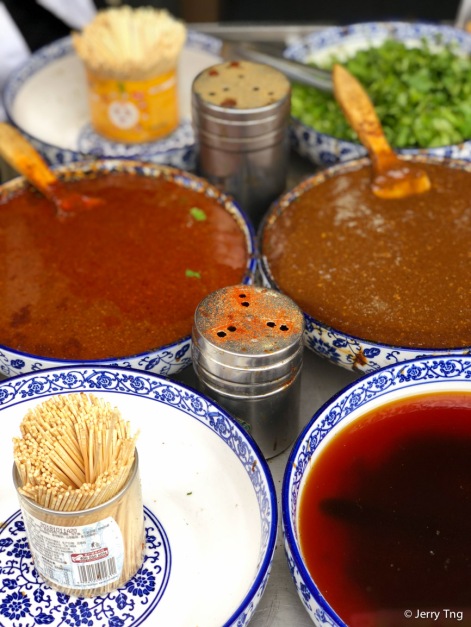 The entrance gateway. It leads out to the ancient Pier of the Grand Canal.

Part of the gate is still in ruins. 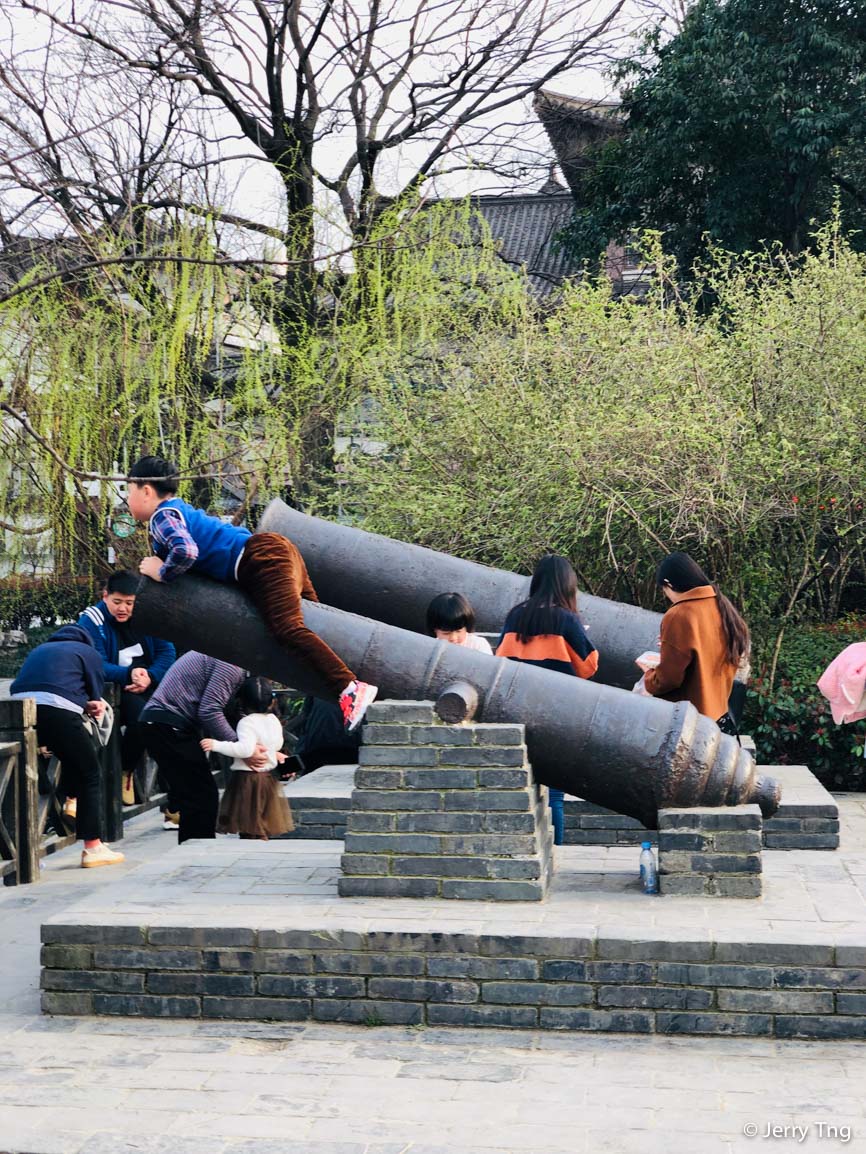 The front part is part of the archaeological ruins from Song Dynasty 10th Century.

Marco Polo served as a court official during the Yuan Dynasty, the first for a foreigner and he was posted to Yangzhou. That’s a statue of Marco. 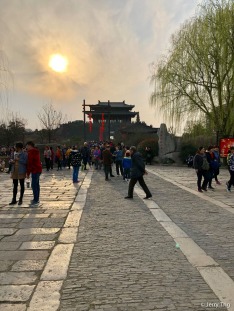 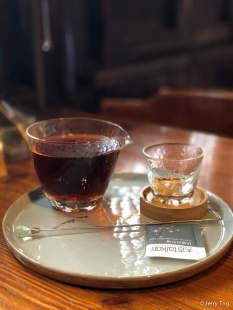 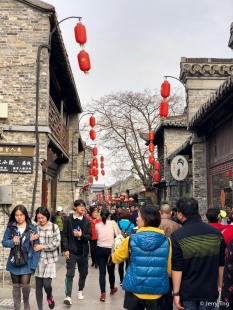