Unlike Westlake in Hangzhou, Slender Westlake was made up of a collection of gardens (private mansions) of rich Yangzhou merchants. This was also where Emperor Qianlong came three times when he visited the south. 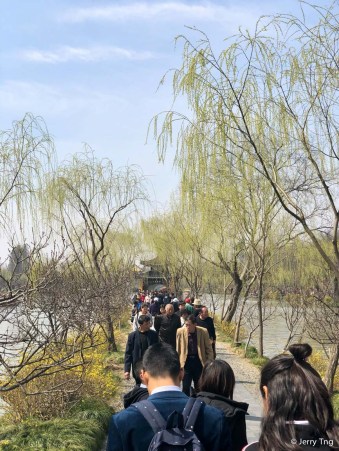 钓鱼台 Fishing Platform. Built for Qianlong to fish. Again officials trying to suck up to the emperor asked divers to stand by in the lake. Every time Qianlong threw in the tackle, he would catch a fish.

One of the 24 views of Slender West Lake as described by Qianlong, the white pagoda was a much slender version (pun intended) of the one in Beijing. 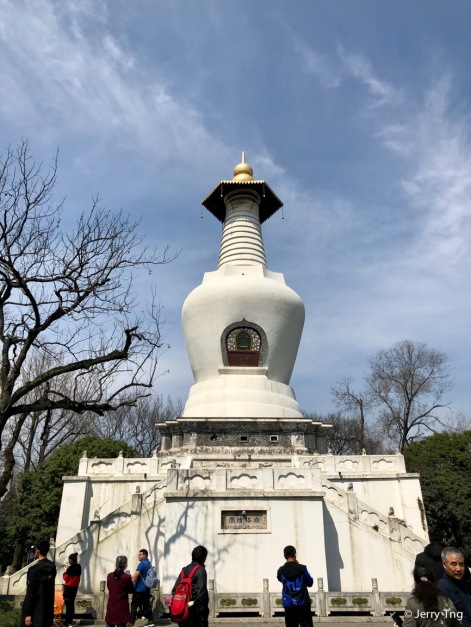 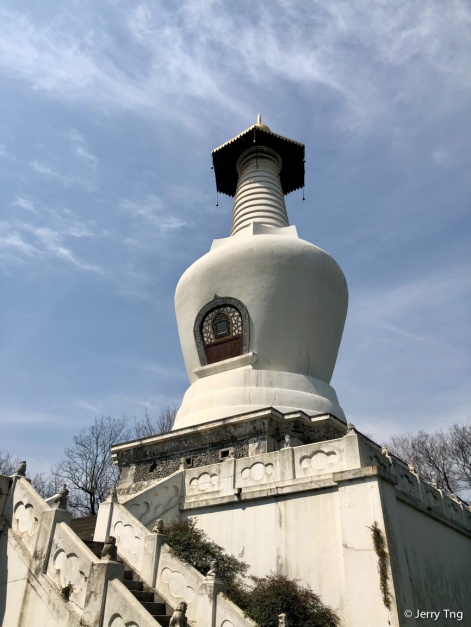 This is a replica of the Buddha Tower in Beijing Beihai. Qianlong was visiting Yangzhou and commented that this resembled Beihai but unfortunately was missing the white pagoda. So an official that was in charge of salt revenue wanted to impress him. He built a smaller scale version using salt in one day and lucky for him, it was misty when the emperor went to the garden. He was suitably impressed because he could not really see the details. After Qianlong went back, the official in fear that the emperor would find out that he pulled a fast one on him decided to build it in actual masonry. 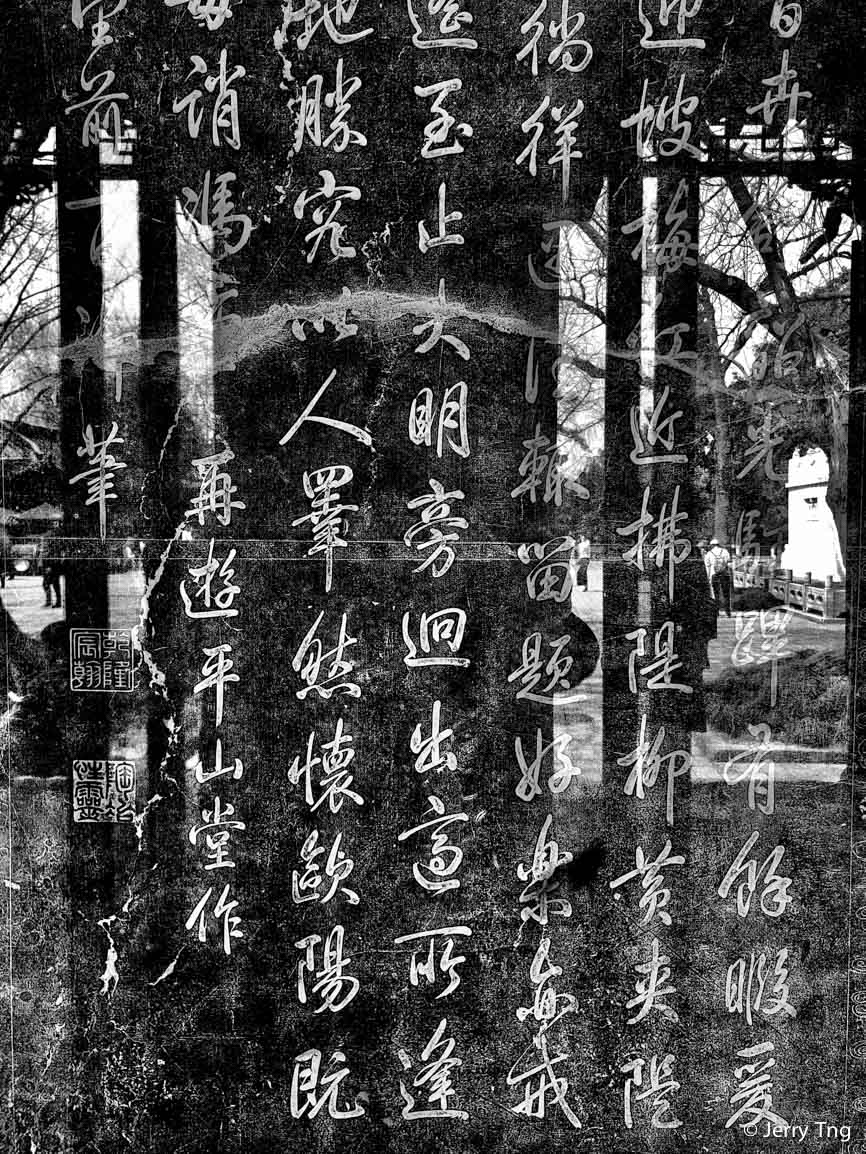 Qianlong’s calligraphy and poem about Lotus Temple 莲性寺. It is also known as 法海寺 Fa Hai Temple after the monk from the Legend of the White Snake. 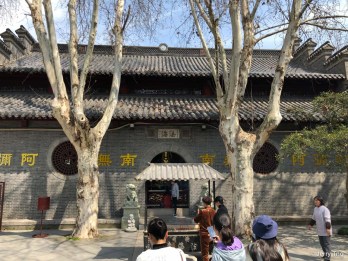 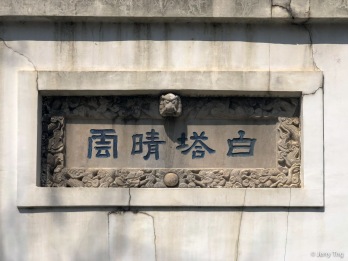 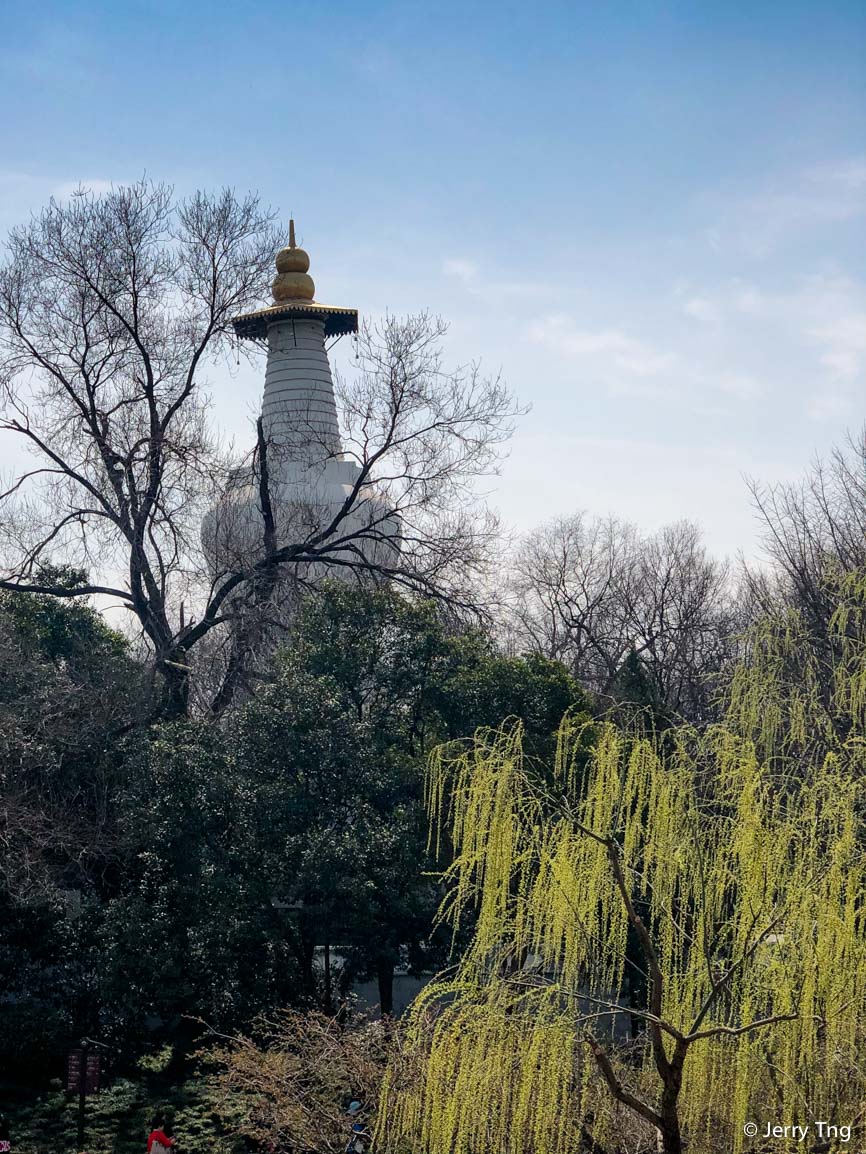 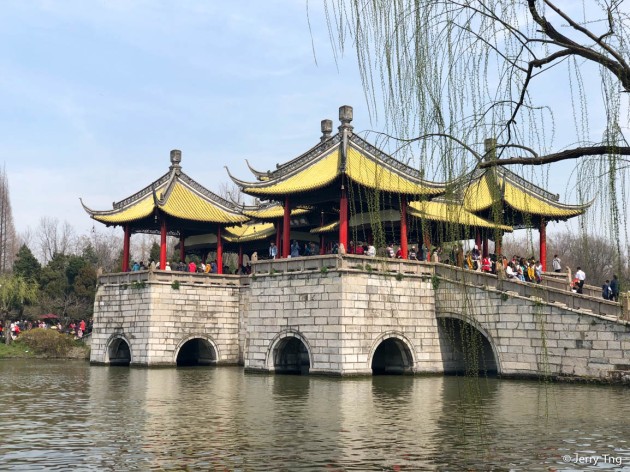 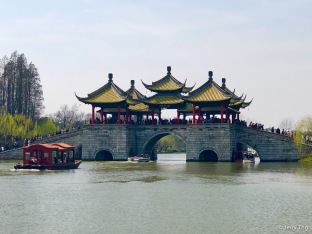 莲花桥 also know as 五亭桥. It was built in 1757 specially for Qianlong to walk across to the Lotus Temple on the other side of the canal.

二十四橋明月夜 玉人何處教吹簫 a poem by Tang dyansty poet Du Mu 杜牧. He was an official in Yangzhou, he wrote that on a full moon lit night, he was wondering where the sound of the flute came from.

This was the 24 bridge mentioned in the poem. It is made up of 24 steps and measured 24 meters and had 24 pillars. The original bridge was destroyed due to old age. The current one was a modern remake.

落帆栈道 was an ancient bridge that remained to this day. It was a high vintage point to look the view of the 24 bridge lake.

Taken from 众人熙熙，如登春台 《老子》this platform was called 熙春台 and was built to celebrate Qianlong’s birthday. 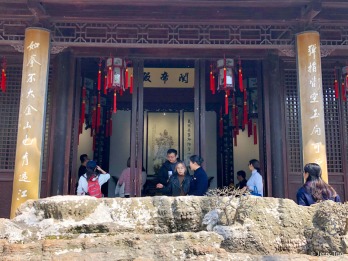 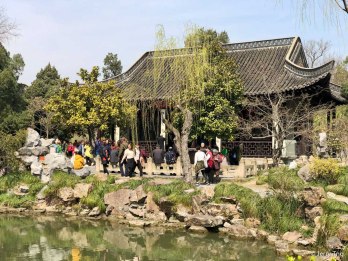 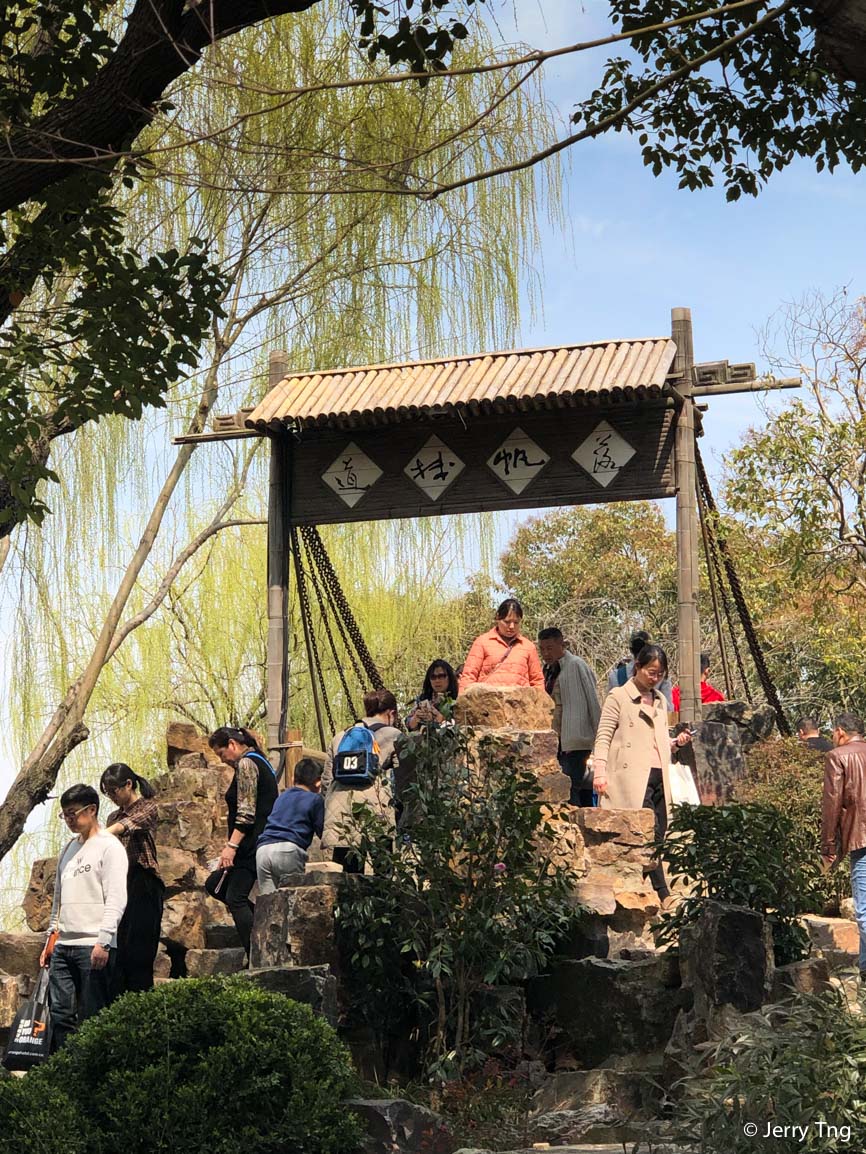 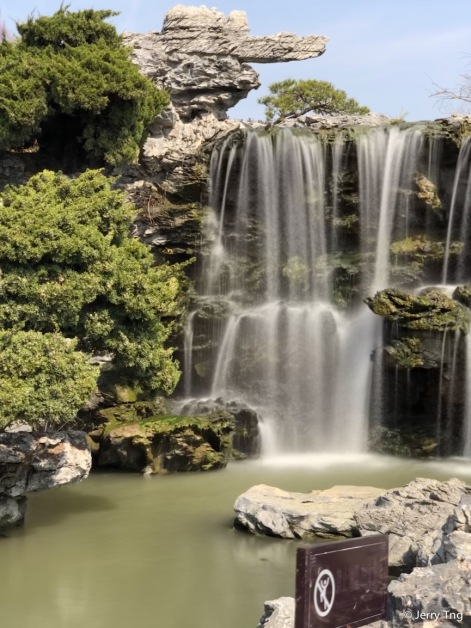 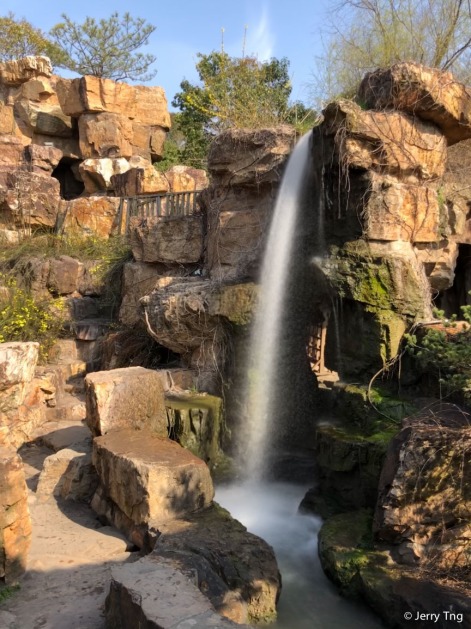 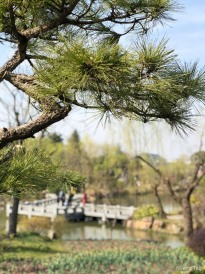 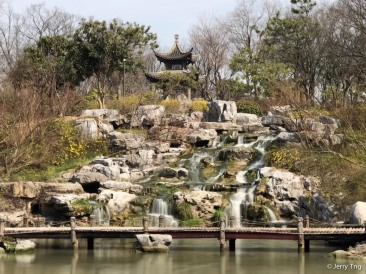 Ancient man made waterfall. In 1750s this was cutting edge technology.

Willows on the banks 長堤春柳 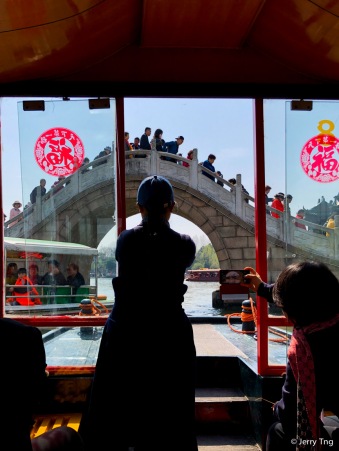 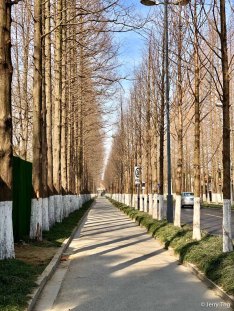 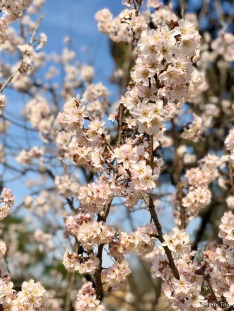 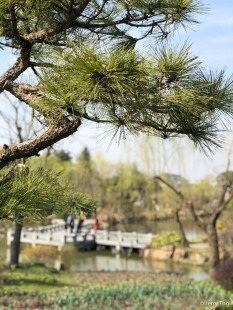 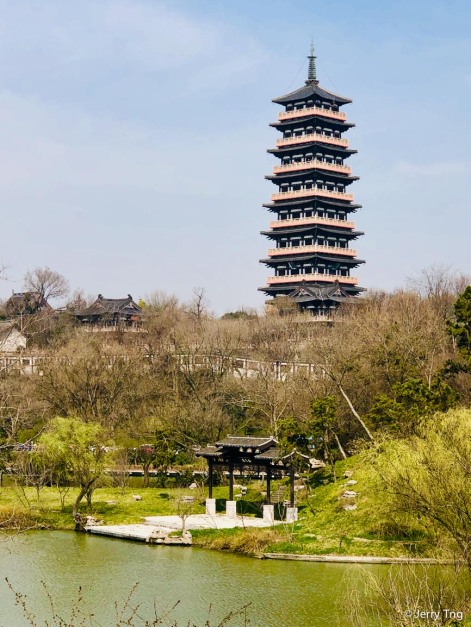 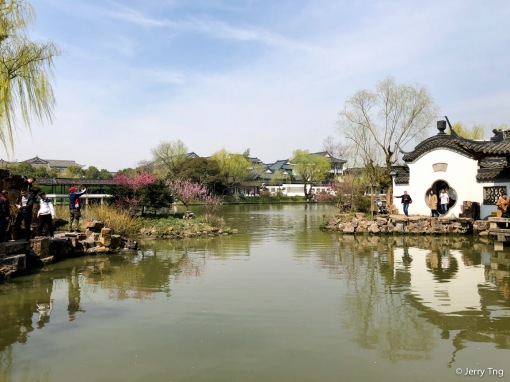 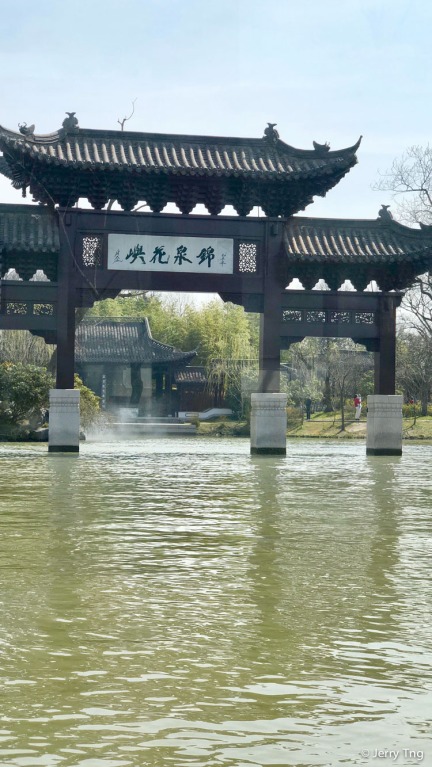 I always admire the elders of China. They are active and have a very fruitful retirement. 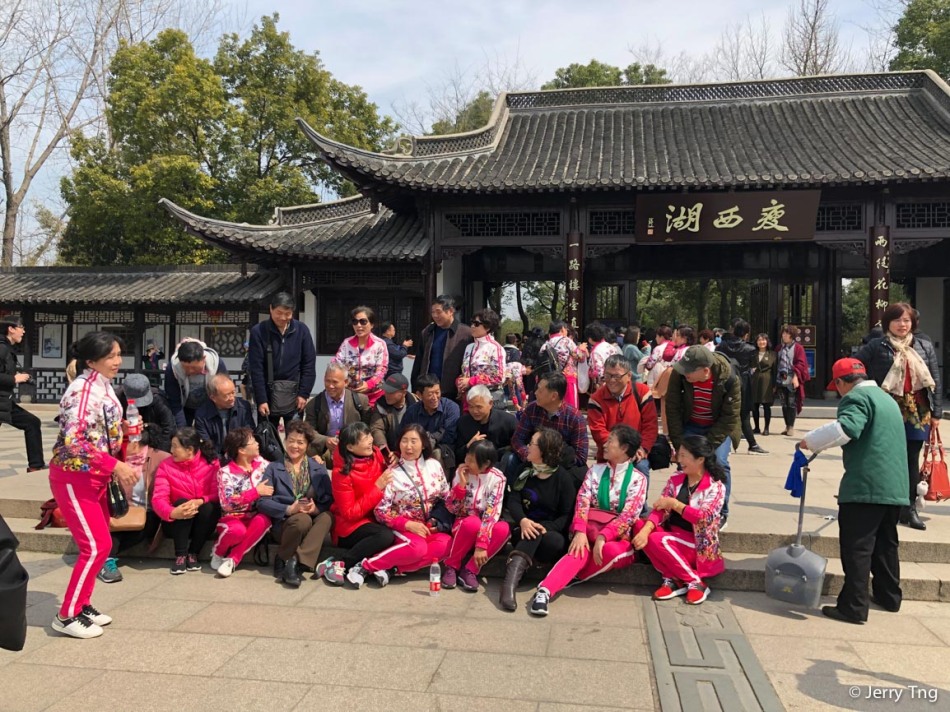