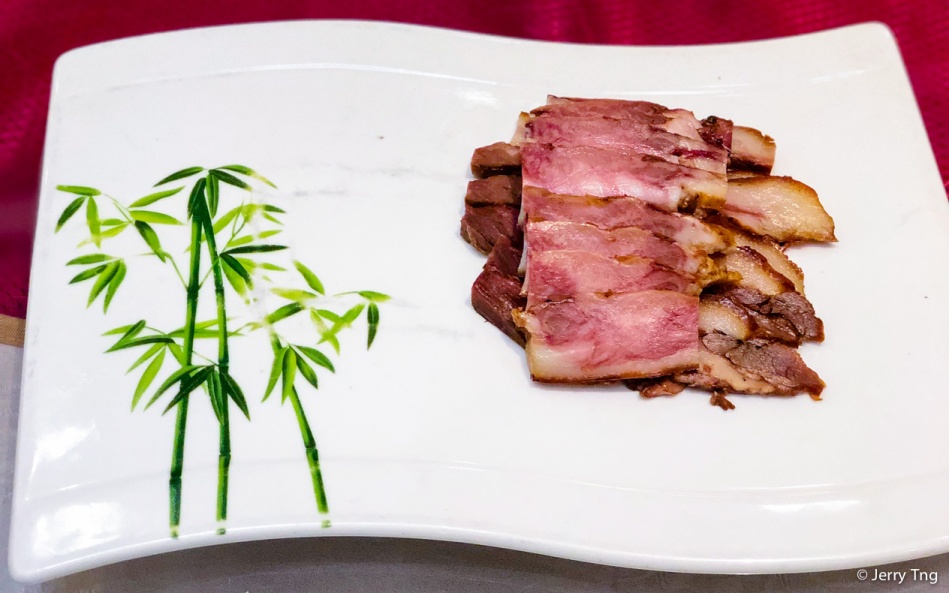 This is a very long blog about a fantastic team dinner we threw for the partner conference. The number of courses we have ordered was amazing. Read to the end to see how much it all cost.

水芹菜 Water celery is another of those “hard to kill” plants – once you’ve found a good position for it, it will grow year after year with virtually no care. Grows equally well in sun or part shade. The green leafy parts have a celery like flavour that goes great in salads and on sandwiches. Tender green stems cut finely can also add a bit of texture and unusual flavour to salads. They have done a really simple appetiser with just plucked water celery and the Zhenjiang famous mature vinegar.

镇江肴肉 Zhenjiang savoury pork aspic is a specialty of the place. According to its origins, a tavern owner wanted to marinate some pork that he bought with salt but his wife used nitric acid instead. The meat remained red like when it was first butchered, and the flesh was firm and not deteriorated. But the nitrous smell was not palatable, so the missus took blue ginger and other spices to cover the taste. The result was the pork aspic.

马兰头拌香干 Indian aster with dried bean curd is a classic appetiser from the Jiangnan region. Indian aster has a very distinct taste that I could not forget since I first ate it in Shanghai 30 years ago and fell in love with it.

老醋海蜇 Jellyfish in old vinegar, the flavour actually came from the garlic.

蜜汁藕 Lotus root stuffed with sweet glutinous rice was too sweet for me but it was a classic appetiser.

盐水鹅 Brine goose was really nice, and it was not like the Taiwanese version where it became really hard and tough. It was almost like Teochew braised goose, also spiced with nutmeg, five spice etc, just without the dark soy sauce and caramelisation.

镇江猪头肉 Pig’s face meat has been a traditional Jiangna cuisine staple for Chinese new year and celebration. Zhenjiang has been doing this for a long time. It takes a pig’s head and braised for a long time.The fats on the face have rendered and become really tasty and firm, like jelly.

冰镇素鲍 Iced faux abalone was simple but when dipped with the soy sauce and wasabi, it became really delicious.

香菜拌豆干丝 Dried bean curd strips with celery was another typical Jiangnan appetiser that emphasise on the knife work and yet tasty.

翡翠鱼珠羹 Fish ball and vegetable soup – if they have failed in a course tonight, this is it. Th fish ball was not round but strips. Everything was cut to different size and shape, so it was quite haphazardly done.

粉丝扇贝 Steamed scallops and vermicelli – not from Jiangsu and the Cantonese does it better.

大灶老鹅 Braised goose casserole is a very laborious course. The goose was cooked in rice wine and stock and other aromatics over long period of time, until the goose was fork-tender and absorbed all the wine and aromatics into the meat.

Catfish is a really muddy tasting fish, and if you don’t cook it in  heavy sauce it would not pass the tastebuds. But yellowhead catfish (Tachysurus fulvidraco) does not grow to the same size as their Mississippi cousins, to about 10-40 cm at most, so it can be directly added to hotpot, cooked in stew etc. 红烧黄辣丁 Braised yellowhead catfish was done in a savoury sauce that was similar to the ones we used to eat in Shanghai near my old office. Ah! memories.

鸡汁干丝 Dazhu gansi is a classic Huaiyang cuisine. In Yangzhou, they would serve it for breakfast.

Because of domestication, these puffer fish have pretty much lost their toxicity. Puffer fish develops their neurotoxic from the food they eat. And so when they are farmed race, the food source is controlled and over time, farmers found out how to remove or reduce their toxicity. 红烧菊黄豚 Braised yellow puffer used a couple of these farmed puffer fish. Of course the chefs are still trained to handle puffer fish.

白汁回鱼 Catfish in white sauce was the second catfish dish we had for the evening, and the third fish course. Longsnout catfish (Leiocassis longirostris) is a fatty fish and has very tender flesh. The white sauce was made with chicken stock and the fish was then cooked in the sauce to absorb all the goodness.

This is one of the original version sweet and sour pork. Wuxi, Zhenjiang, Hangzhou all claimed to be the originals. 糖醋排骨 Zhenjiang pork ribs use whole ribs instead of pork chops (in the Wuxi version), while the Hangzhou version used soft bone ribs. To me, this was the closest to the ones we eat everywhere else in the world.

Of course, we need to have some greens. 青菜豆腐 Tofu and greens casserole‘s main ingredients are Zhenjiang tofu, black fungus and green sprouts. Zhenjiang tofu is much denser than the regular tofu yet porous enough to soak in all the goodness in the stock.

镇江汤包 Zhenjiang soup dumpling was similar to Dintaifung, not as sweet as the Wuxi version. I liked this.

农家乐 Farmer’s delight is a nice name given to steam peanuts and sweet corn.

镇江锅盖面 Zhenjiang pot-covered noodle was cooked in a huge wok with a small cover, hence an illusion of “cooking the pot cover”. The cover trapped the noodles underneath and allowed it to be cooked al dente. The froth floated above the cover and can be easily removed to leave behind a clear soup. Although it is a Zhenjiang special, I find it just quite simple and nothing to brag about. 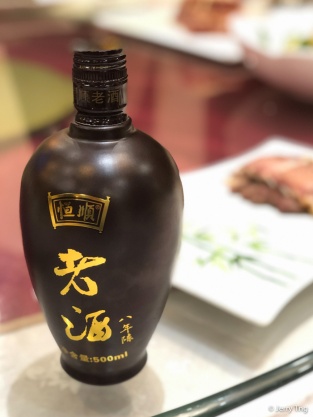 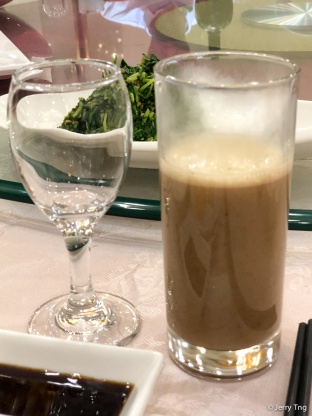 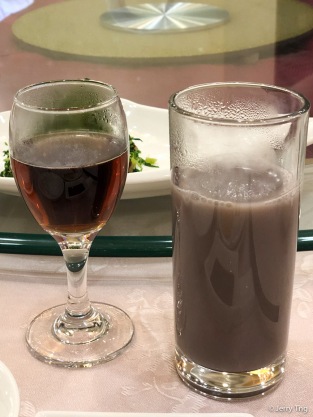 Zhenjiang has a very laid back culture and it showed in the service staff. They were very friendly and very accommodating with our requests. And they took time to explain every course to us. We enjoyed the dinner very much, and the whole trip to Zhenjiang was really memorable. Unfortunately I was only intending to stay for one night.