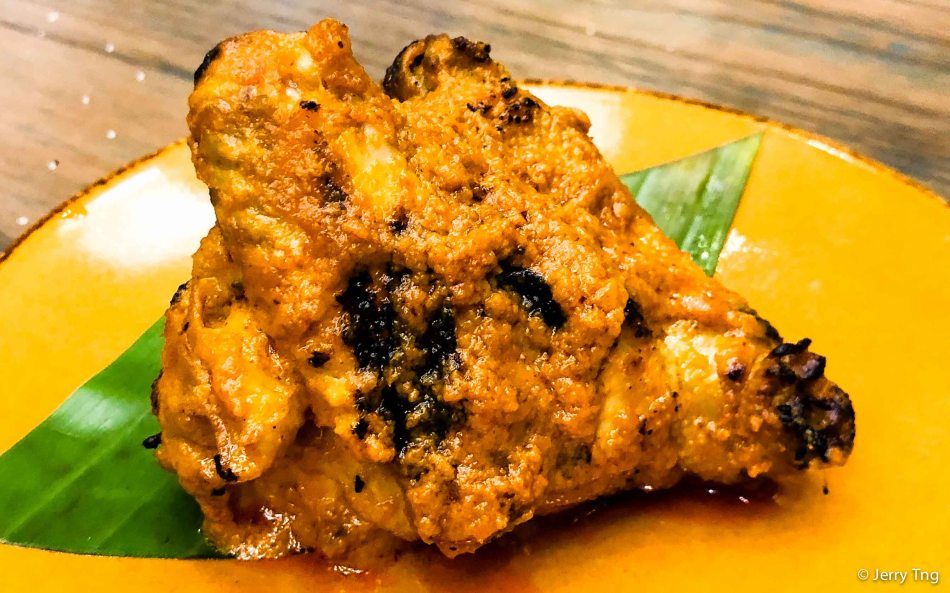 Everyone loves padang food, but it doesn’t get much respect. It’s seen as a cheap and cheerful meal, served up with a minimum of fuss. But shouldn’t something as delicious as beef rendang, sate or gulai ayam be regarded with just a little more esteem?

Marco Lim certainly thinks so. This quiet and reserved 43-year-old native of West Sumatra, a father-of-three, decided when he was a young man that he would do all he could to elevate the Padang Peranakan cuisine he grew up with. He believed there was a place for Padang food in the world of fine dining. The result is a fast-growing chain of restaurants called Marco, the first of which opened in 2009.

Padang Peranakan cuisine is the result of a combination of cooking techniques and food ingredients between Chinese and Padang cuisine. Chef Marco serves unique Padang Peranakan dishes from original recipe mixes that he learnt from his grandmother, and a variety of herbs and fresh ingredients from Minang.

Grilled chicken is one of the staple dishes in Padang cuisine which is rich in flavors. With a fine mixture of chili, cayenne pepper, coconut milk and various spices. It’s spicy, salty, sweet and simply tasty. Unlike those in Padang restaurants, Marco’s version is moist and has a dry (almost rendang like) sauce over the grilled chicken.

Slices of Indonesian Bitter Beans (Pete), chicken liver and gizzard fried with finely ground red chili. Pete or petai is also called smelly beans in Singapore and Malaysia because of the digestive system cleansing nature of the beans.

Grilled Barramundi fish marinated in coconut milk with finely ground curly red chili, slices of turmeric leaf, lemongrass, tamarind, lime leaf, and lime juice. I like this, reminded me of the grilled stingray in Singapore. 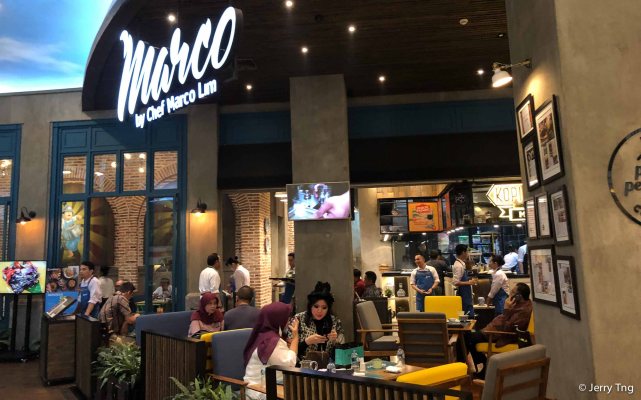 melting pot of Padang and Peranakan 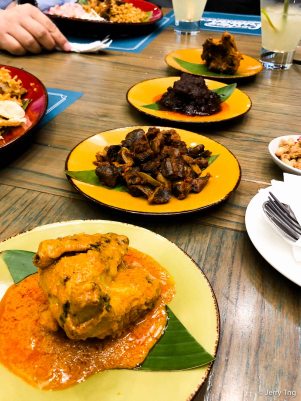 Right in the middle of an upmarket shopping mall and the business district, a meal in Marco is not exactly Indonesian cheap. But for foreigners with tender stomachs, this would be a good introduction to Indonesian Padang cuisine. Service level in most of the restaurants in Jakarta is OK at best, so don’t hold it against them as most are paid way below the minimum wage. Just enjoy the food.