Today is Lu Xun’s birthday (25 Sep 1881). Lu Xun (1881-1936) is known as the “father of modern Chinese literature” because of his role in developing the modern style of Chinese prose as well as in helping simplify the Chinese script. Happy Birthday!!.

He is born in Shaoxing, Zhejiang province and the place where the writer Lu Xun spent his childhood has been transformed into a museum/tourist attraction.

Lu Xun was a prolific writer who translated science-fiction novels into Chinese just as easily as he penned scathing critiques of Confucianism and the alternately submissive and arrogant Chinese character.

The former residence of Lu Xun was built in the Jiaqing period of the Qing Dynasty (1796-1820). The building is divided into three parts, consisting of a front pouch, a guest hall, a side apartment and a collection of rooms. 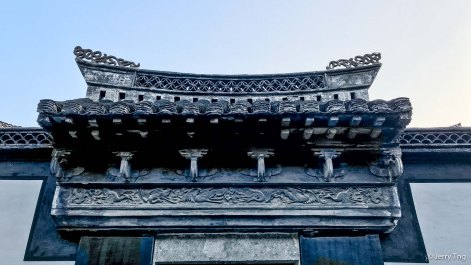 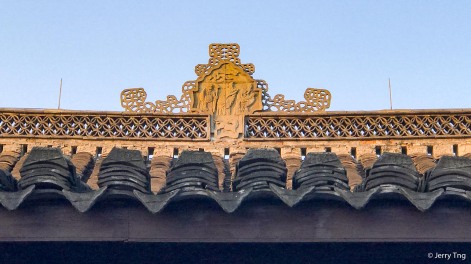 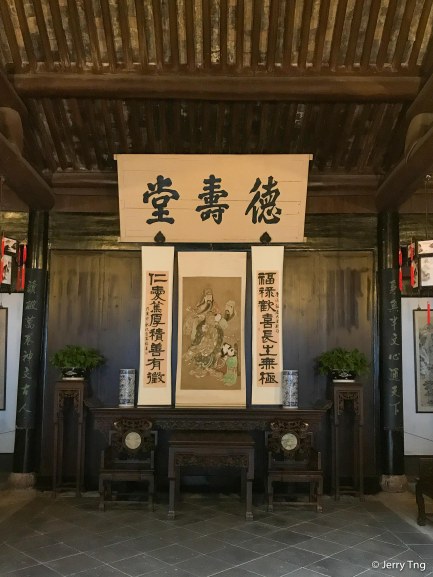 Lu Xun was born into a well-to-do family. The Lu Family is considered an influential family in the town, and as the second son, he would have enjoyed much more freedom than his elder brother, who was the designated inheritor of the family fortune. 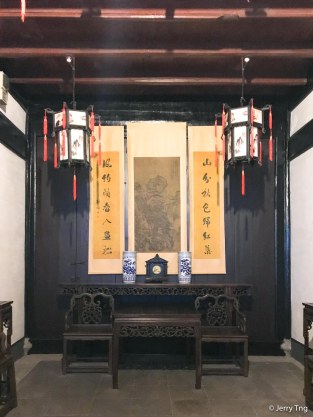 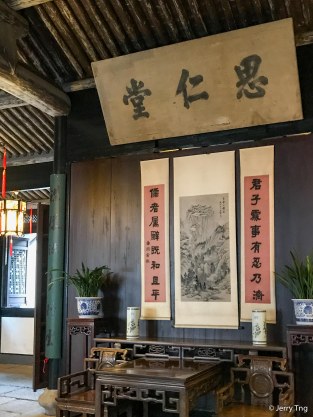 Living in the house

There really is just some bare dark furniture adorning empty rooms, a library with no books, so a lot of imagination is needed, while most of the museum quality stuff has been shifted to the nearby Memorial Hall. 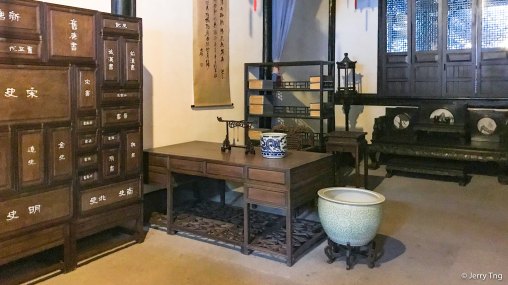 Even in Singapore when I was in school, we were subjected to studying excepts of his works, like this one. “From my back garden you can see two trees beyond the wall; one was a date tree, the other was also a date tree.”

Finally I managed to see that famous tree! We spent a whole lesson on this verse, arguing what does that tree stood for. There’s only one tree, as we can see in the photo above. The same tree gave the writer two feelings at the same time, one stuck in traditions, one yearning for freedom. Standing here 30+ years after learning that verse, it gave a whole new perspective of why he was thinking that way.

The Sanwei Study Room 三味書屋 in Lu Xun Native Place is an old-style private school in which Lu Xun spent 5 years acquiring knowledge and receiving moral education. Visitors coming here may see the desk on which he carved a Chinese character 早 (meaning “morning” or “early”) to remind himself not to be late again for class.

Extolled as a political revolutionary, Lu Xun was himself deliberately never a member of the Communist Party. One can only imagine what his scathing pen would have had to say about China’s current headlong rush into capitalism.

It is a bit underwhelming but that in itself is testament to the fact that this really is a late-Qing real homestead and has not been falsely adorned.

For that it deserves a visit.