Shenzhen is like the Silicon Valley these days. It is filled with high tech companies and start-up trying to bring the latest innovations to the world. In the process, hopefully, the founders become the next billionaire. Thankfully amidst these hustle and bustle, some things never change

The neon lights of Victory attracted me like flies to light. It has that simple charm – old school decor with cheesy posters of the richest Chinese like Li Kashing, etc. But what attracted me was the comfort Cantonese food.

But first you have to go past the “Tree Eel”. With the ban on wildlife on the dining table after the SARS epidemic, Cantonese have to get creative with naming their food. So snakes were not allowed, but “Tree Eels” are fine. “It’s OK, we are having eels, Mr Health Inspector. That’s proper food.” 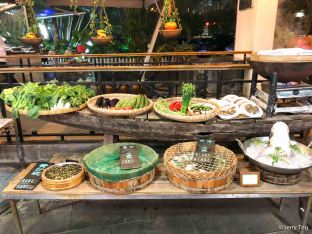 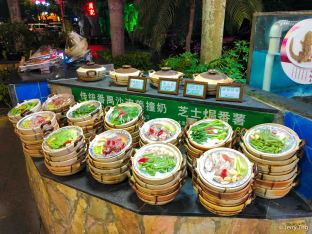 What I liked about Victory at the Snake Garden was the live seafood tanks and displays of the claypot dishes and other delicious one pot wonders. You don’t any older school and fresh than this.

Sand Shrimp (基围虾 Metapenaeus ensis) are raised in brackish water in padi fields, hence the Chinese literal translation of Padi Field Prawns. Unlike their saltwater cousins that require cold tanks, these shrimps can survive relatively warmer water. Hence they are used typically in Chinese restaurants that feature live prawns. But it was the crisp, sweet taste and crunch to the bite that made them my favourite shrimp type. And the best way to partake them was just to blanch them in boiling water to al dente. Another trivial: How do you know the prawns are cooked? When they curl up in a “C” shape. When they become “O” or “P”, they are overdone.

Next up, Crispy Pigeon 脆皮乳鸽 – the pigeon were brined and then deep fried until the skin turned crispy. I loved pigeon, it’s gamey and chewy.

Fermented Beans Bamboo Clams 豆䜴炒竹圣 – I don’t know why Chinese food cannot have cool sounding names. Fermented beans just didn’t sound as appetising. But the combination of fermented beans and clams or shellfish is heavenly. The salty, strong taste of the beans blended well with the chewy, sweet bamboo clams. The two were combined in less than a minute via a quick stir-fry over high heat so as to not overcook the clams. 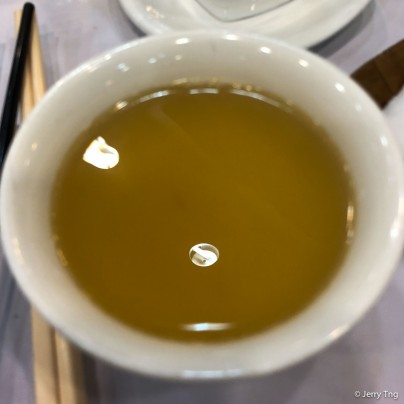 Every Cantonese restaurant always feature a 老火汤 Boiled Soup in their daily menu. It’s like a Soup of the Day, but done in a greater volume. Today’s was Pig’s Lung with Watercress. In addition to watercress and pig’s lung, they added chicken feet, pork ribs, and other herbs to make it a very robust and tasty soup.

Stir-Fry Mud Crab in Ginger and Scallions 姜葱肉蟹 – it’s the best season for crab, late autumn is when crabs are the sweetest and fattest as they prepare for hibernation over winter. First, you fry the crab in hot oil. Then you stir fry them quickly in corn starch, ginger and scallion. Simple, yet tasty because the sweetness and taste were all locked into the crab. 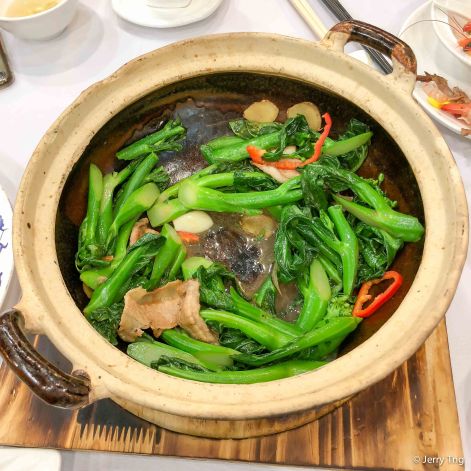 Next up, a couple of claypot dishes. Claypots are great utensils in the Chinese kitchen as they retain the heat and keep the dish warm without continuing to cook them. Hong Kong Kailan with Chinese Sausages 渚渚芥兰煲 and Claypot Rice 砂煲饭 both featured the Chinese sausages in them. Unlike Western sausages, Chinese sausages are heavily spiced and then air dried like salami. Salami is quite one dimensional in taste, Chinese sausages are very complex in taste. So they became the basis of the flavour for simple ingredients like Kailan or rice. And for claypot rice, the claypot will crisp the bottom to form rice crisps and add extra crunch and flavours to a homey dish.

Steamed dishes are always slow, as they need the requisite time for the steam to work its magic. Steamed Scallops with Mung Bean Vermicelli and Minced Garlic  蒜蓉粉丝蒸扇贝 is a classic way to cook seafood. It used garlic to remove the fishy smell and used vermicelli to add bulk. 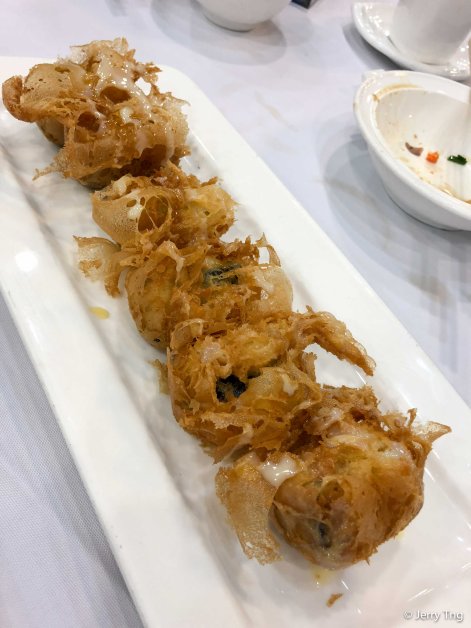 And to round up the dinner, we had Durian Puffs and Deep Fried Turtle Jelly. A pungent and a bitter dessert, what strange choices but they balanced out with the heaviness of durian with the lightness of turtle jelly. Balance of Yin and Yang restored. Perfect evening.

Service was attentive and servings generous. The speed was well paced, and we were done with all the course in 1.5 hours. Highly recommended when you are in Shenzhen.