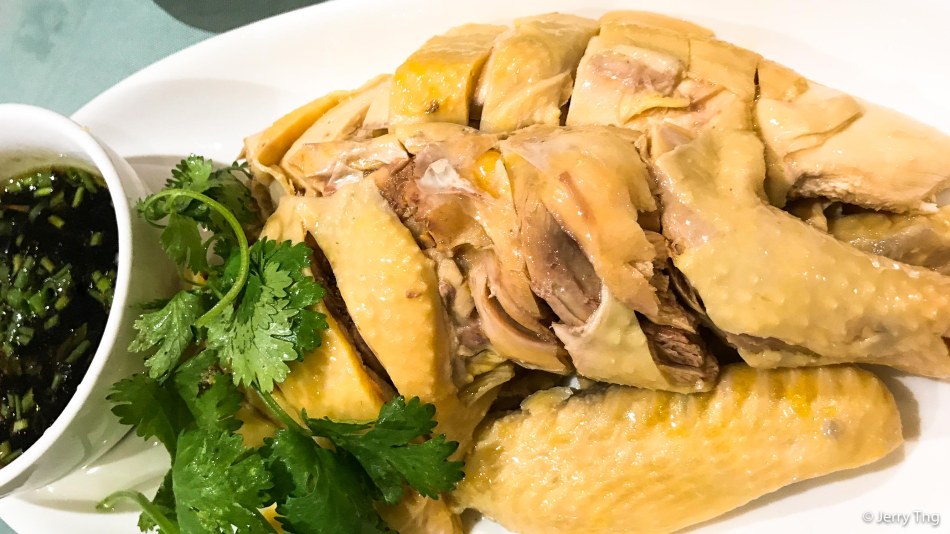 Shen Dacheng is a special time-honored brand that’s been doing snacks, dumplings, noodles and Shanghainese cuisine since 1875. It’s most famous for four types of dumplings: shuangniang tuan (双酿团), jin tuan (金团), tiaotou gao (条头糕) and qingtuan (青团), basically the first four items on their menu– all made of glutinous rice with fillings such as red bean paste, soybean powder, black sesame paste etc, and sold for a mere 3-4rmb each.

Lunch and dinner at Shen Dacheng

The main shop on Nanjing East Road Pedestrian Mall has a “small” restaurant attached, offering lunch and dinner options. There’s always a line, but the food is good (most of the time) and reasonably priced for an excellent location in the most important shopping street in Shanghai. The restaurant has two levels, level one for noodles and quick bites (and a pastry window for takeaway), level two is a full restaurant. This review is for level two.

First time, the portion came with chicken wings and drumlets, really boney and difficult to consume. Then second time, it came with thigh. 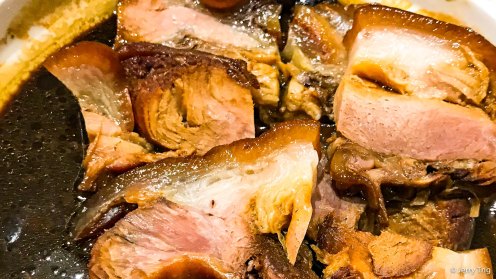 Again, the two times we ordered this dish, the results were totally different. This time, the first time was perfect, then the second time, it was dried out. 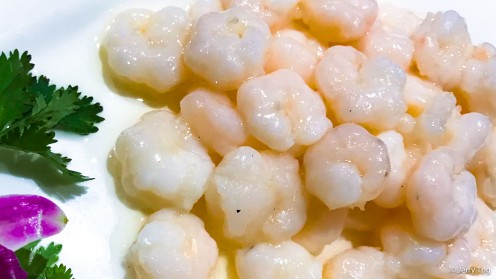 This time, both were quite well done. The shrimp was not exactly fresh, but the flavouring was just right.

The signature steamed chicken is prepared with the local breed of domesticated chicken. Known as “Three Yellow Chicken”, it got its name because the feather is yellow, the beak is yellow and the feet are yellow. It is a bit too dry for my liking, but the taste of the chicken is definitely pronounced.

The dish is made from back of yellow eels that are about the thickness of a Chinese writing brush. The back flesh is skilfully removed from the eel, blanched in stock, and then cooked with garlic cloves, lard and flavoured with cooking wine, soy sauce, vinegar and other spices. Finally cornstarch is added to thicken the sauce, sprinkle with white pepper, and scoop in a final ladle of hot lard for that shine and temperature.

This dish became popular in Shanghai only in recent years and now many restaurants serve this Sichuan dish.

Another one of Shanghai classic dish, the preserved vegetable is julienned and then stir fry with edamame. Simple yet tasty.

The vegetable is a perennial found in Shanghai, almost like a weed with very herby taste. It is usually cooked with yellow wine, I have yet to eat it in any other way. It is paired with pig intestines braised in a sweet soy sauce. Go figure, two items that are cheap can be a classic Shanghainese dish.

Their Xiaolong Soup Dumpling is a must try although the skin is a little too thick but compensated with a generous portion of crab added with the minced pork in the filling.

Very popular with Shanghainese as well as tourists. Because it is a nationalised institution, the service is really so-so. Either visit before or in between peak meal hours to avoid waiting in long queue. The take-out counter next to the entrance is equally busy. Do try the meat mooncake, qingtuan (especially popular pre-Qingming or Tomb Sweeping Festival) and other yummy local delicacies.