Woodlands in the northern part of Singapore is like the frontier town. It is really difficult to get something gourmet or anything consistently nice in this part of Singapore. Causeway Point (a shopping mall) tried to turn that around.

In recent years, the population of Woodlands has quadrupled. However, CWP is still the only proper mall around here. Many restaurants came and went when CWP upgraded, renovated and changed its position. Crystal Jade is still the only brand that stuck around even with CWP 4.0 around the corner.

I have been going to this restaurant for dimsum for over 20 years, and some of the service staff has seen my little princess grow up. Many have come and gone, just like the menu here has changed over the years, but the dimsum has been consistently good. However, they have reduced the number of items and have upgraded some staples. 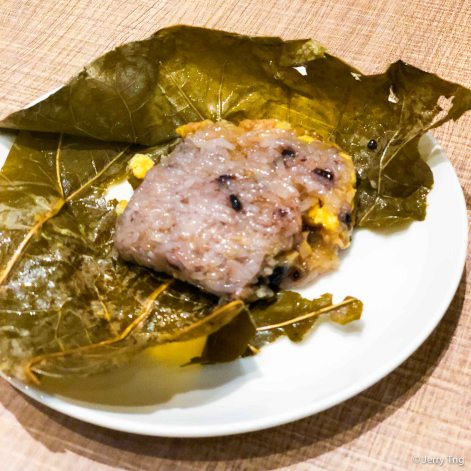 This is the updated version of the lormaigai 糯米鸡. For the modern health conscious diners, they have included two types of rice – glutinous rice with brown rice – hence the term 鸳鸯. Like the Mandarin ducks, they are always found in pairs, hence in Cantonese cuisine, yuan yang is used to refer to fantastic (and crashing) pairings like coffee and tea, and here brown and polished rice.

It is a difficult task as both rice takes different time to cook. The salted egg was overcooked and became really hard, and that proved that the rice has been steamed over a long period, longer than usual. 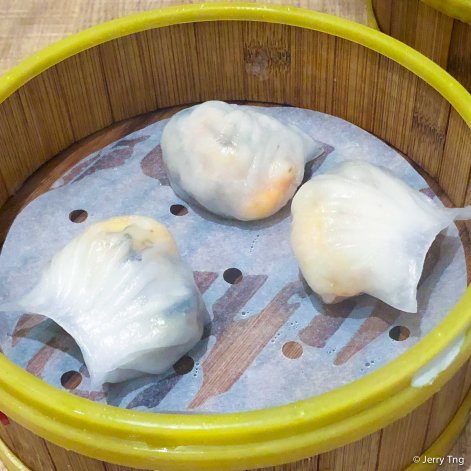 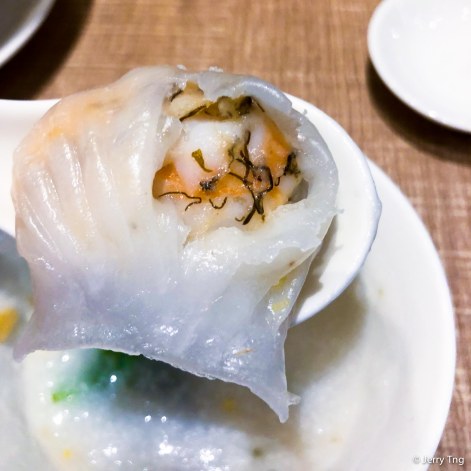 It was near Chinese New Year, so everything was trying to be more properous. So the classic prawn dumpling was upgraded with hair moss 发菜. Didn’t really altered the overall taste, but auspicious sounding.

What was new on the menu was the morel mushroom and truffle dumping, which the main ingredients was actually turnips. There were very little morel mushroom, and the truffle taste was most likely artificially induced from truffle oil. 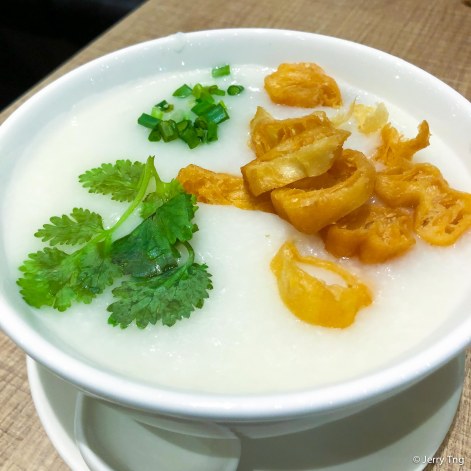 Usually in HK, you can order this a standard combo. However you need to order it as a customised porridge. The liver was a bit too dark (and over cooked) for my liking. I think I would stick to having this in HK. 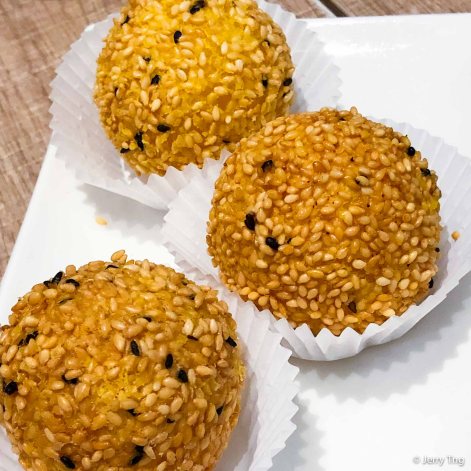 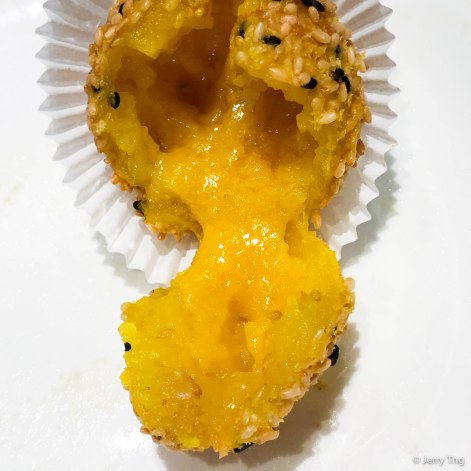 煎堆 sesame ball usually does not have filling, but the youngsters these days would not order the plain sesame ball. So, they have to come up with innovative fillings like the really popular trend these days of adding salted egg to everything, including custard.

Having gone to this same restaurant over two decades, I am glad some things never change. But with Woodlands being upgraded in a mad speed, CWP will face new challenges very soon with more malls next year. I look forward in anticipation.

Michelin Bib Gourmand and 1 Star in other branches

0 comments on “Not a special blogpost”