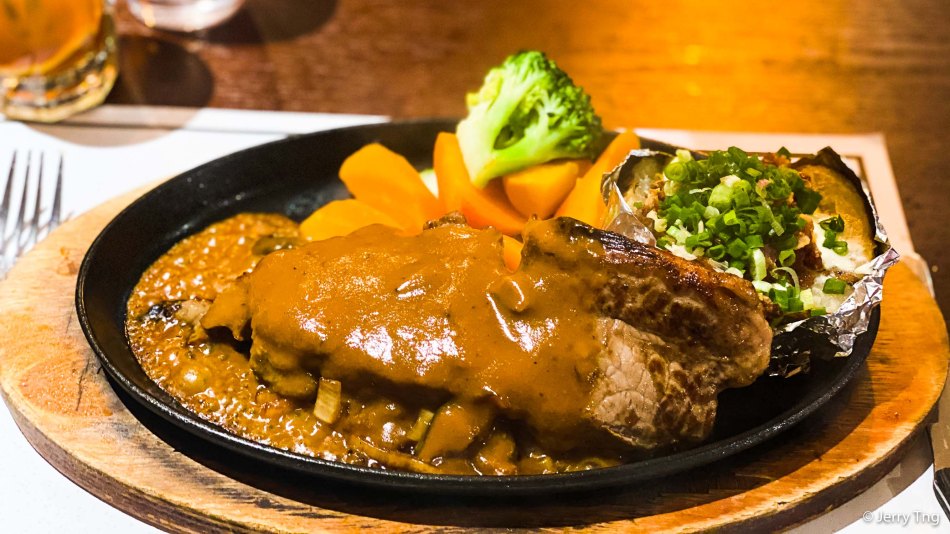 Anchors aweigh! This is one restaurant that I have many fond memories – its nautical decor, its uncomfortable booths and the mixed grill that my family will always order. The Ship has berthed at Shaw Centre.

The Gothic font for the name and the Santa Maria logo are the still the same, you know you are at the right place. However gone was the really dark and woody decor, and the place is brightly decorated with nautical memorabilia.

An institution of Singapore’s dining scene since 1977, The Ship is one of the few remaining old-school Hainanese Western restaurant in Singapore, the other being Shashlik. The others like Han’s and Jack’s Place have lost their touch.

The affordable set menus are popular, as are the nostalgic Western dishes such as Ship Steak (flambéed with brandy) and their Sliced Fish Soup Noodles/Vermicelli, that’s right, a Chinese favourite in the menu (strangely out of place in this setting).

It was my family’s favourite Western restaurant. And some of their favourites include the mixed grill – a generous plate of pork chop, chicken chop, lamb chop, shrimps, sausage and vegetables – which is still available. And they have brought back the Hainanese Pork Chop with the sweet and sour sauce.

This is their signature steak which they will set on fire at table side served on a cast-iron hotplate.

This sudden burst of fire always invites the AWs and OHs from all the children in the restaurant.

And then the thick and lucious black and white button mushroom sauce with caramelised onions is poured over the smothering steak.

And then the waiter came back with the jug with sour cream, bacon bits and chopped scallions. It used to be chopped chives, but never mind. This is still one of the few local steakhouses that offer the baked potatoes.

Perfect doneness at medium rare, the striploin (also known as the sirloin) is tender and juicy.

Usually made with minced beef, The Ship makes a really good chicken version that is friendly to family members of the Buddhist faith.

You can complete the meal with a little bit top-up and you would get a soup of the day (which was a minestrone soup which was really tomato-ey), a dessert (a small cut of banana chocolate cake, really yummy) and a drink. And unlike most places that only offer coffee or tea, the drink can be a soft drink or homemade lemon tea. And the best part, the lemon tea is unsweetened just like always. The sweet bun is dry like always too.

My family and I used to go their International Plaza restaurant, where they started at #02-88. Then the building became unfashionable and they moved out to Shaw Centre. They also opened a branch in Nex, which many have feedback to me it was quite bad.

If you wonder how the IP location looked like in those days, there’s still a reference in KL – there’s The Ship at Jalan Bukit Bintang with the unmistakable bow of the ship as its front door. It was started Mr Foo Hee Hoon in 1972. And then there’s the one in Penang that is really shaped like a ship. Now sure if they are related to The Ship in Singapore – can someone leave a comment to tell if they are affiliated?